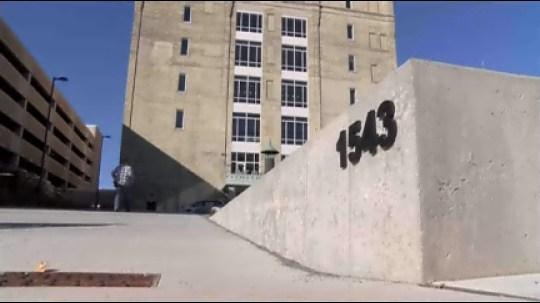 The Milwaukee Bucks is a team on the move. Its about to start a season with a new head coach, several new players and working on plans for a new arena.

Tuesday, the team's leadership focused its efforts on highlighting the organization's growth.

The team is relocating its business office to the sixth floor of the Stock-House building at Schlitz Park.

Offices at four separate locations -- the BMO Harris Bradley Center, the Milwaukee Theatre, the Cousin's Training Center in St. Francis and a Satellite Sales Office --will soon combine into one.

The new space at the Stock-House building consists of nearly 18,000 square feet.

The Bucks organization said it has hired about 40 new employees over the last six months, an increase of 50 percent.

Team leadership said moving to Schlitz Park is a critical investment that shows their commitment to the future of the Milwaukee Bucks. It's a future that must include a new arena in three years in order to keep the Bucks in the city.

Out of three possible locations, Lasry knows where he would like the Bucks new home to built. But, he says who would pay for it, is a decision for later.

\"There's a number of steps. The first step is let's find the space we are going to put it and once we're able to announce that, I think then we'll figure out how we'll end up paying for it,\" Lasry said. \"But, I think the most important thing is we know we'll end up building an arena here.\"

Lasry hopes to announce in 30 to 60 days exactly where the new arena will go.

In the meantime, the business side of the Bucks team will begin their new era at Schlitz Park in January.