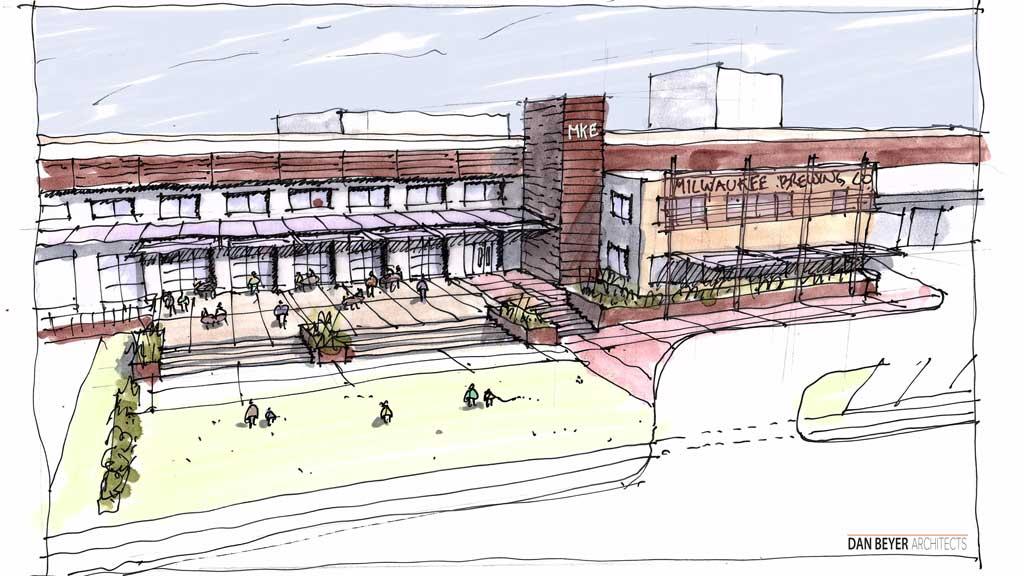 MKE Brewing Co. announced today that it will be expanding its operations by leasing 58,000 square-feet of space on the site of the original Pabst brewery.

The new facility and destination brewery will not replace the current brewing operations, but will allow for the brewer to expand on and experiment with offerings, like its Rishi Tea infusions, and help support the brand’s significant annual growth.

It will be located on Juneau Ave between 8th and 9th street, the building, now owned by SSL Milwaukee, LLC.

It was the last building added by Pabst at a time when they were the largest brewer in Milwaukee in1976.

According to a release from the company, the immediate use of the brewery space will be warehouse and cold storage to take pressure off of MKE Brewing Co.’s 2nd Street operations.

However, the long term plans of the brewery may include brewing operations, a tasting room, event space and a beer garden.

“We believe in this city and always look for opportunities to invest in up-and-coming areas as with the 1997 opening of the Ale House in the 3rd Ward and our packing and brewing facilities in Walker’s Point,” says Milwaukee Brewing Co. founder Jim McCabe. “We saw huge development around us in those areas and given the quality of this new location, we expect the same here." .

MKE Brewing Co. started as a brewpub, the Milwaukee Ale House, in October 1997 in Milwaukee’s Historic Third Ward.  Founder Jim McCabe took his love for home brewing and his engineering background to design a functional and robust 15 bbl brewpub when Milwaukee was still a lager town.