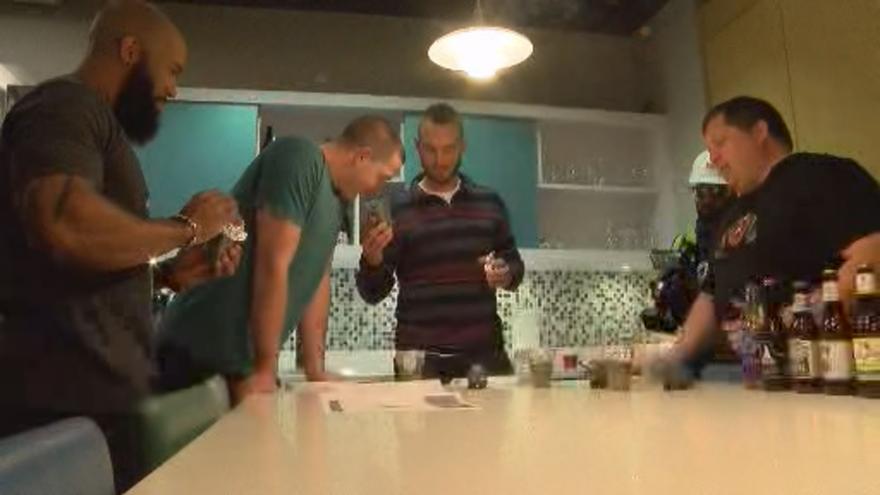 With a name like the Milwaukee Brewers you’d have to be willing to make your beer, right?

Several players are giving it a try and you’ll have to go to Miller Park to get a taste.

A few of the players used their day off on Monday to take a tour of the Miller site. They also used the time to smell some hops and create a wish list for a brew that fans will soon be able to taste.

Eric Thames, Oliver Drake and Corey Knebel took a break from the diamond to be literal brewers for the day.

“I’m a big IPA guy but I don’t discriminate against halves, lagers, and ambers,” says Brewers first baseman Eric Thames. “I want to taste and see the kinds of things they’re brewing up in there.”

The players got a chance to see the science of beer as they toured the MillerCoors site to create the exclusive brew.

“Brewing beer is kind of a whole new thing for me,” says reliever Oliver Drake. “I thought this would be a cool experience to check out and kind of learn some new things.”

“I like that “438” it was more of a tropical smell,” says Thames. “Everyone gave it one smell and said, Wow! It smells like it would taste great.”

According to one of the brew masters, it looks like the guys may be looking at an IPA with a Midwest twist.

“It’s Indian Pale ale,” says brew manager Troy Roysewyk. “I think just the fact that it has a unique hop in it is something that you’re probably not going to find out in the market.”

The name for the brew and when it will be available for fans have not been released yet.

Players are confident it’ll be a brew the fans will enjoy.