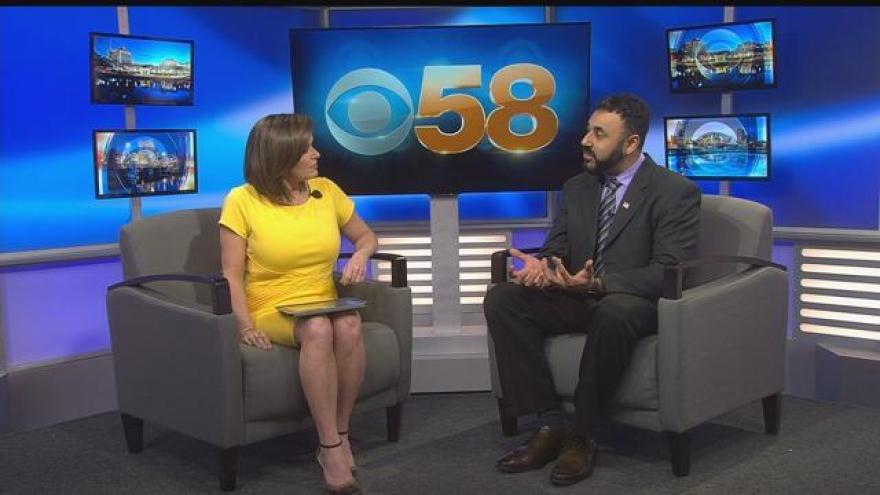 Rizwan Ahmad is trying to get the word out about a new Milwaukee based effort to keep a lid on anti-Muslim rhetoric and generate greater understanding between all cultures.

"We are asking people to become a Muslim ally."

He says their group is not political.

"Our job is to educate our fellow Americans."

He helped launch what he calls the True Islam campaign to unite communities.

"I hope to have a real dialogue and simply build friendships to push back against the hate and fear," he tells CBS 58 News.

Ahmad says the biggest hurdle is that many have never met a Muslim which is why he is organizing a series of gatherings so folks can do just that.

On Tuesday, February 7th, his group will host a gathering at Collectivo on Humboldt in Riverwest starting at 7 p.m.

Youth organizations have also gone out into the community with signs says "I'm a Muslim. Ask me anything."

"Sometimes there are even misconceptions among Muslims themselves as to what the true teachings are. It's for everybody."

For more information on "Coffee, Cake and True Islam" or the Ahmadiyya Muslim Community click here