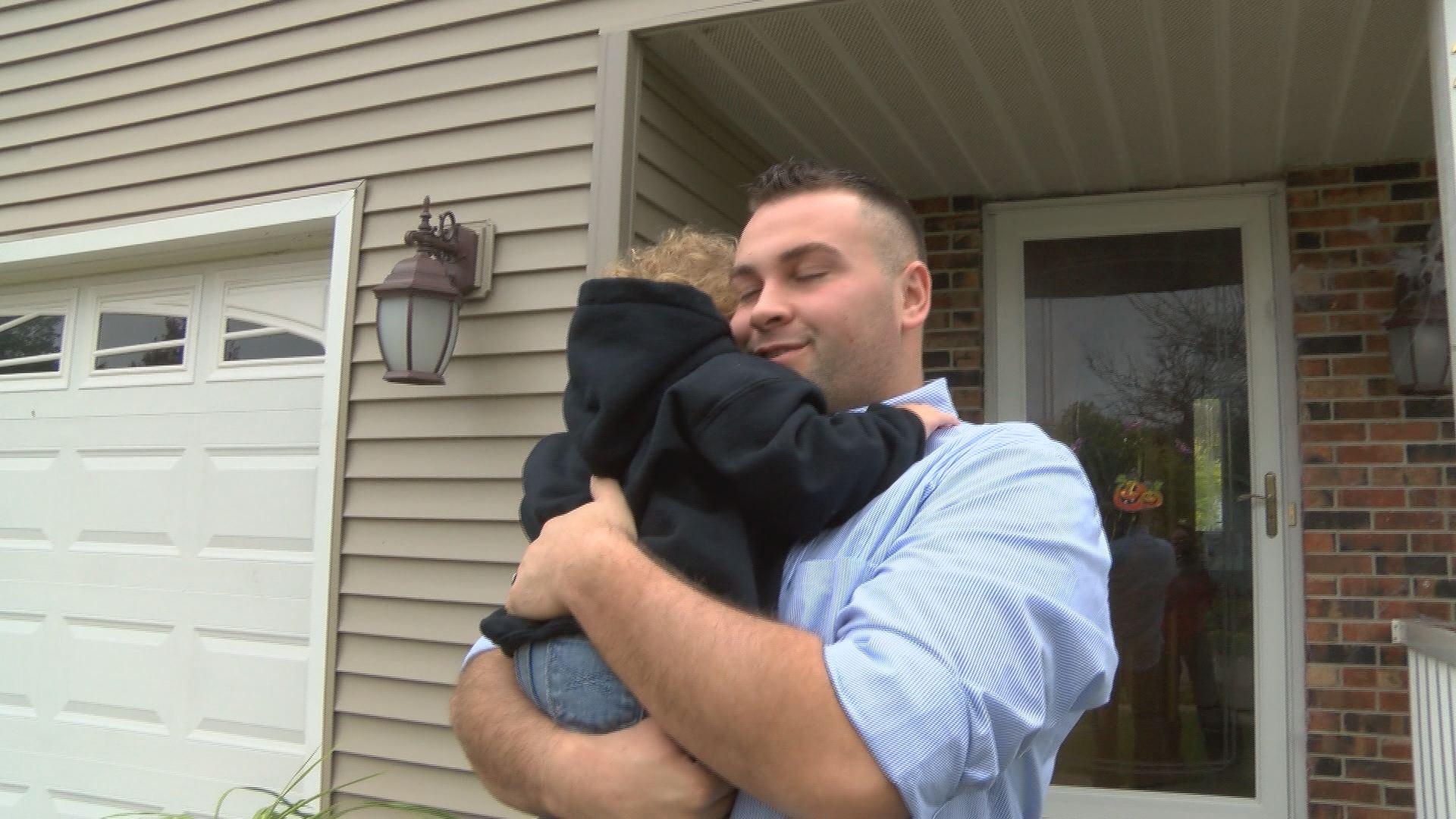 By looking at Michael Perez, you'd never know there's something wrong. But on September 30, 2014, he was diagnosed with a non-cancerous tumor in his brain.

\"I've been through a lot in my life, but it's something that at 25-years-old, you really don't think about,\" said Perez, who served in the United States Marines for 4 years.

Since 2011, Perez has experienced hearing loss.

\"When I came back from my deployment, I started noticing ringing in my ear... progressively, it started getting a little bit worse,\" said Perez.

That's why he says he went to the Milwaukee VA Hospital six times since 2012. But time and time again, Doctors told him, nothing was wrong.

His vision got progressively worse, so he decided to go to an out-of-network specialist, who requested an MRI right away. The tumor, was in plain sight.

\"With the VA, they kind of missed the ball on that one,\" said Perez.

With time, the tumor grew to four centimeters. On Friday, October 17th, Doctors will surgically remove it at St. Luke's Medical Center in Milwaukee.

\"Since its so large, they can't take the whole thing out... and he's going to have to have radiation and it won't just be once... it'll be a constant thing,\" said Angela Perez, Michael's wife, who's now pregnant with their second child.

After the surgery, Perez will lose hearing in his left ear. There are other risks as well, but  he's trying to stay positive.

Perez has insurance, but the neuro-surgeon is out-of-network, which means he will have significant bills coming his way.


Family and friends set up a donation page to help cover some of the costs. Click here if you'd like to help.

A spokesperson for the Milwaukee Veteran Affairs Hospital sent a statement about the case saying: \"Because of privacy concerns, we cannot discuss direct patient care, but we will review this matter.\"
Share this article: