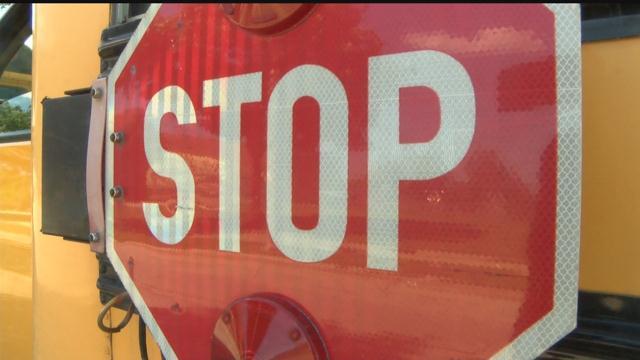 School bus drivers in Milwaukee can use their flashing yellow lights during their stops, but not their red flashing lights or attached stop sign, according to Randy Jones, a school bus driver.

He said bus drivers can only use all of their warning tools when they stop at a spot that doesn't have a curb or in a rural area. However, these stops are almost non-existent in the city of Milwaukee.

Alderman Jose Perez and Alderman Tony Zielinski plan to introduce an ordinance that would require bus drivers to use all of their warning signals to let drivers know students are getting off and on the bus. Both said it adds safety measures for students.

Randy Jones said he's seen too many close calls and believes an ordinance will protect his passengers.

\"We have the world's precious cargo on our bus,\" Jones said. \"It doesn't take a lot of time to stop while they board the bus.\"

\"Kids run to buses, they don't know have that sense, that knowledge to say I have to wait and look for traffic,\" he said..\"So just for extra precautionary, just to be safe because kids are getting hit every day because people don't yield for buses.\"

Dean Brown is a manager for Lamers Bus Lines, which operates some of the school buses in the Milwaukee Public School District. He said that they \"stop at nothing to improve the safety of the student riders.\"

However, he's opposed at the proposed ordinance.

\"They would render a false sense of security and create hundreds of man made traffic jams during AM and PM rush hours,\" Lamers said. \"My belief is the number of incidents would greatly increase.\"