Milwaukee Alderman Say DPW Could Have Responded Better to Snow 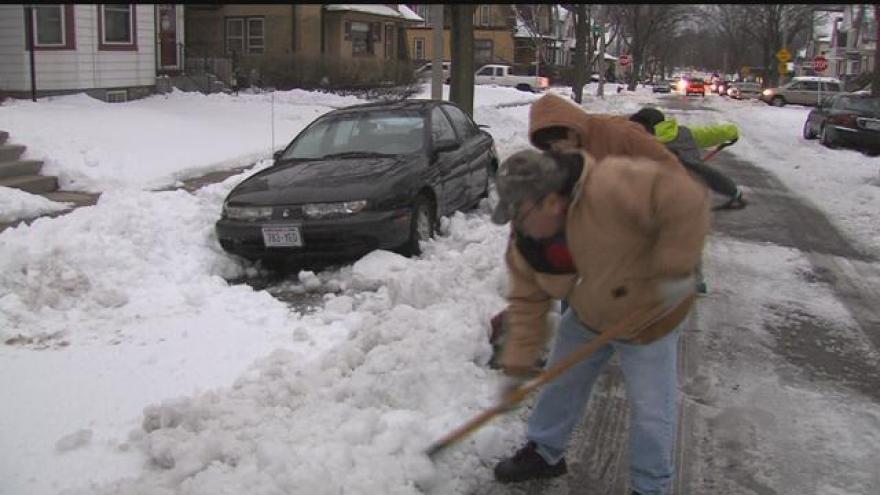 Five o'clock Tuesday. 18 hours after snow began falling; this is what streets on Milwaukee's south side look like. Engines roaring as drivers attempt to drive over piles of snow in the middle of the road. And residents are frustrated.

"Very, very heavy and horrible because a lot of people had trouble with their cars," said Rosalinda Merlando.

"They did good on the big streets, but right here; we're stuck," said Phillipe Carillo.

The city of Milwaukee did come through and plow some streets but some residents say that's not helping them any; its taken them at least 30 mins to dig out their car.

"We gotta go to work, we can't; not like this. It takes a couple hours to get your car out," said Carillo.

"City of Milwaukee contracts for plow drivers. They were to have 80 drivers for today's event and they only had 18. We were caught with our pants down ladies and gentleman. It's not right and it will not be tolerated," said Borkowski.

The city says they were prepared but just following protocol by getting the main thoroughfares done first.

"Twenty-four hours after the storm is generally our recommendation for side streets to be plowed, curb to curb. Yesterday the snow subsided at 11 PM and we anticipate around 11 PM tonight to have those side streets addressed," said Jeffery Smith, Milwaukee Sanitation Manager.

As residents keep shoveling, the alderman say they're working to make sure this never happens again.

"This is Wisconsin for goodness sakes. Granted its our first snowfall of the year, but you know what we know its coming.  Its a terrible display of performance here today, its not acceptable," said Borkowski.

If you still have problems on your street, you're urged to call Milwaukee DPW at 286-CITY.