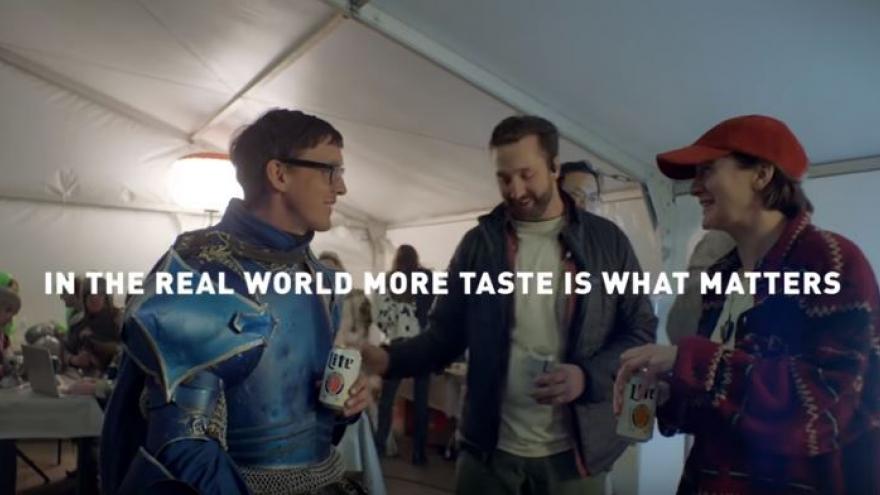 MILWAUKEE (CBS 58) -- The feud between Bud Light and Miller Lite just got more heated. On Wednesday, Miller Lite released a series of ads making fun of the medieval-themed ads Bud Light has.

The ads show the supposed filming of Bud Light commercial and then show the actors grabbing a Miller Lite when they are on break. The ads end with the words "In the real world more taste is what matters. More taste and half the carbs of Bud Light."

The Miller Lite ads are a response to commercials Bud Light aired during the Super Bowl which point out the corn syrup used in Miller Lite.

The new Miller Lite ads will air during the NCAA Tournament and is one of the beer company's largest ad buys ever.

VP of Marketing for Bud Light Andy Goeler sent CBS 58 this response to the ads:

“In the real world, people want to know what’s in their beer. We hope MillerCoors is also planning to imitate us by adding ingredient labels to their packaging. It’s good for the consumer and the right thing for the beer industry too. Our focus on transparency has always been motivated by consumers, and Bud Light is going to continue to push transparency forward and give them what they demand.”