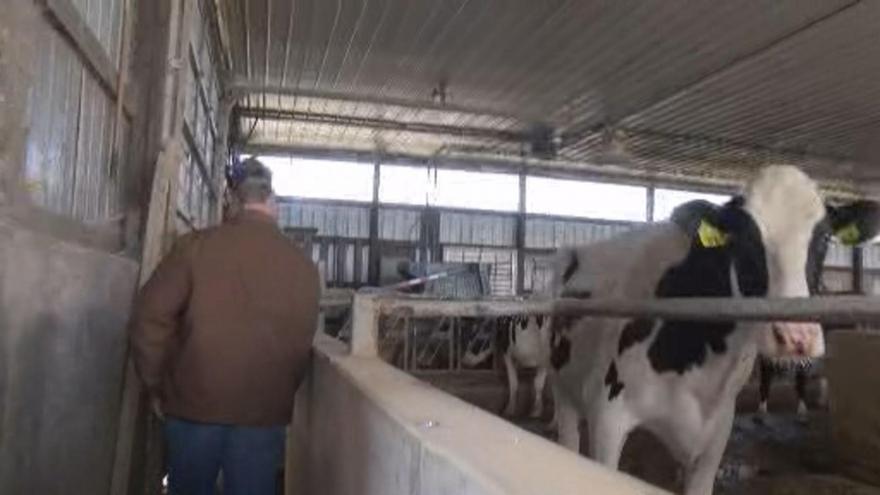 A group of Wisconsin dairy farmers are running out of time to find someone to buy their milk. So far, one company has stepped up but more than 30 farms are still at risk of going out of business.

There are only seven days left for dozens of dairy farms who are at risk of shutting down because of a trade dispute with Canada.

However, state officials say there is finally some light at the end of the tunnel.

Farms across the state are in jeopardy of shutting down after their Wisconsin processor, Grassland, sent notice they would no longer buy their milk after May first because of shifts in demand in Canada.

For the past month farm owners have been frantically searching for a solution to stay in business, working alongside the state’s Department of Agriculture, trade and Consumer Protection.

“Right now, I would estimate that we have about 35 of the 58 farms who have not found a processor,” says Daniel Smith, Division Administer with DATCP. “That’s about 300,000-400,000 pounds of milk still needing a home.”

Processors like Mullins Cheese in Mosinee, Wisconsin have stepped in to help. Mullins agreed to buy milk from eight of the farms.

“It’s not every day you get an opportunity to pick-up great quality farms like these farms,” says Bill Mullins, with Mullins Cheese. “These guys all have great numbers and wonderful farms.”

While the Mullins purchase has removed a bit of the stress, state administrators are still trying to find contracts for the remaining farms.

“It’s constantly changing. We’re getting updates almost by the hour,” explains Smith. “We’re having meetings with processors, across the state, and I know they’re talking to each other.”

While immediate contracts are the focus this week, officials say they’re also working to make sure these are long-term solutions so this doesn’t happen again in the future.

“We won’t be satisfied until we get every one of these farms on a milk truck and insure that their lively hood can continue,” says Smith. “That will be our primary focus for this coming week.”