MILWAUKEE (CBS 58) -- A statement from the 128th Air Refueling Wing says the plane experienced what is believed to be a lightning strike. The plane was on a routine mission with six people on board. It was just west of Chicago when the incident happened.

The 128th Air Refueling Wing experienced an in-flight emergency. The KC-135 Stratotanker aircraft based out of General Mitchell Air National Guard Base returned to Milwaukee after experiencing what is believed to be a lightning strike. The crew safely landed and exited the aircraft that was met by emergency response crews. The 128 ARW Maintenance Group sent out a tow team to tow the aircraft off the runway so that normal operations at MKE could resume. The runway was closed so that the Crash Fire Rescue team could perform response tasks. An investigation into the cause of the emergency will be initiated.

The call for an emergency landing came in around 2:40 p.m. Wednesday afternoon. The Boeing KC-135 refueling aircraft landed safely and no one was injured.

During the landing, two tires deflated causing the aircraft to become disabled on the main north-south runway. The other main runway is closed for construction so Mitchell Airport was closed to arriving and departing planes until the disabled plane was removed around 4 p.m.

Some arriving and departing planes were delayed while the runway was closed.

Airport Director Brian Dranzik would like to congratulate the 128th's aircraft maintenance personnel and MKE Airport Operations & Maintenance for all the hard work they did to get the airfield re-opened quickly, minimizing the impact on the traveling public. This is an emergency landing with a good ending.

MILWAUKEE (CBS 58) -- Around 4:05 p.m. the runway reopened and flights are allowed to land and takeoff.

MILWAUKEE (CBS 58) -- A plane landing at Milwaukee's Mitchell International Airport experienced some troubles in the air and had to make an emergency landing Wednesday afternoon. 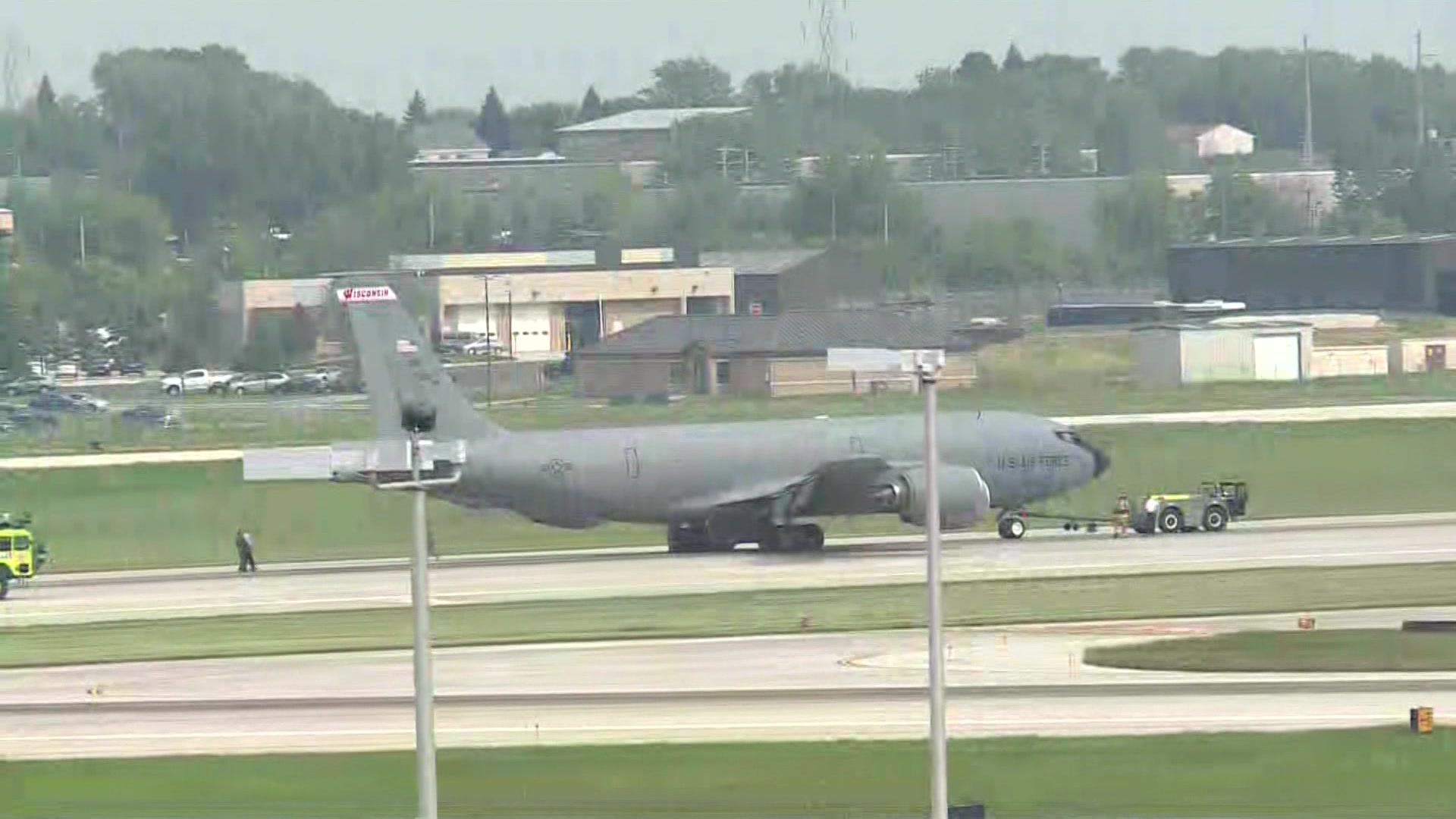 The call came in just after 2 p.m.

128th National Guard Air Refueling Wing says the airplane was a KC-135 aircraft. The plane landed safely and all crew was safe and accounted for. 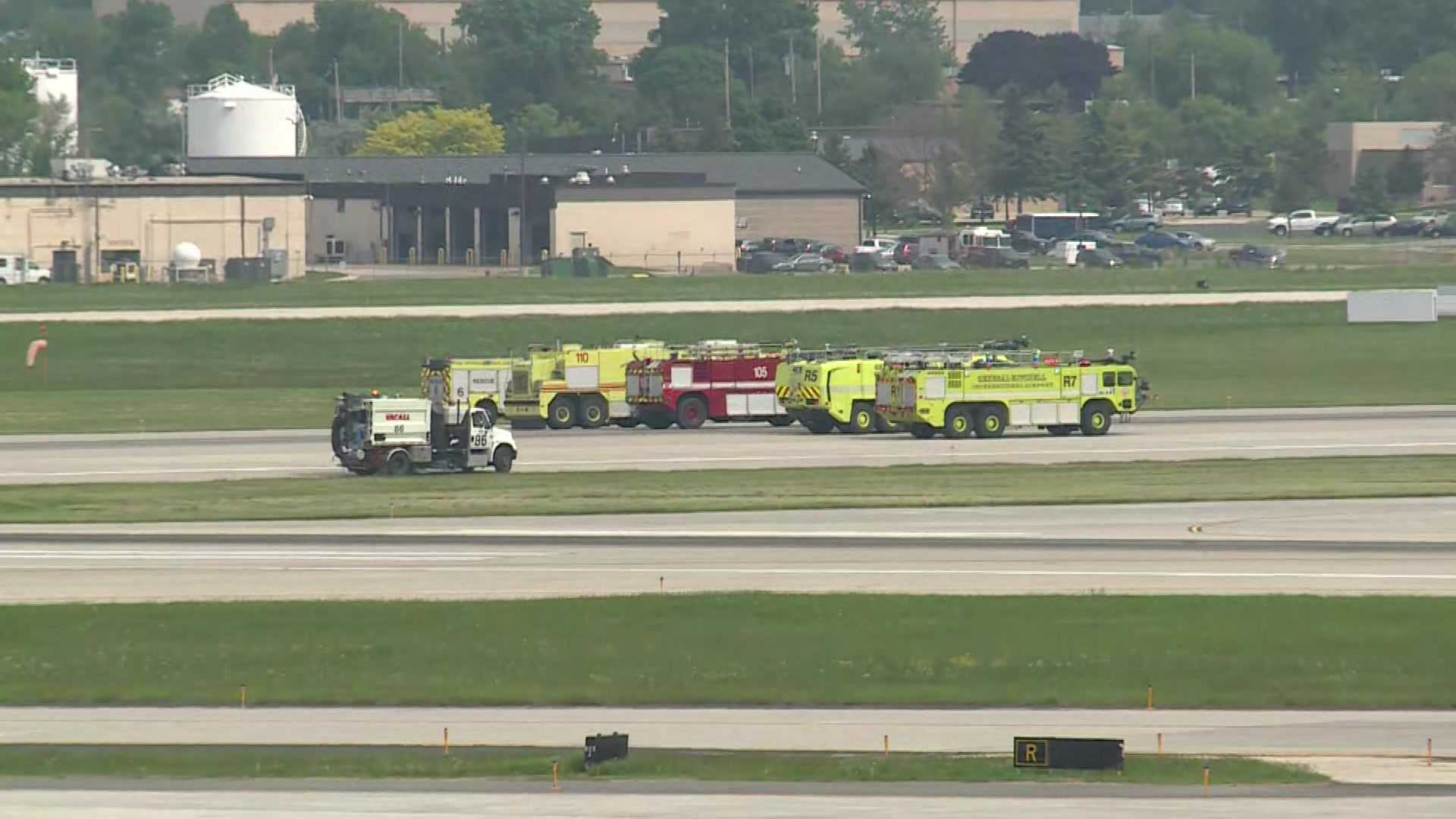 The plane blew two tires during landing which need to be fixed before the plane can be towed off the runway.

The incident happened on one of the airport's main runways and the second runway is under maintenance. No takeoffs or landings are able to happen until the plane is moved which officials expect could take one hour.