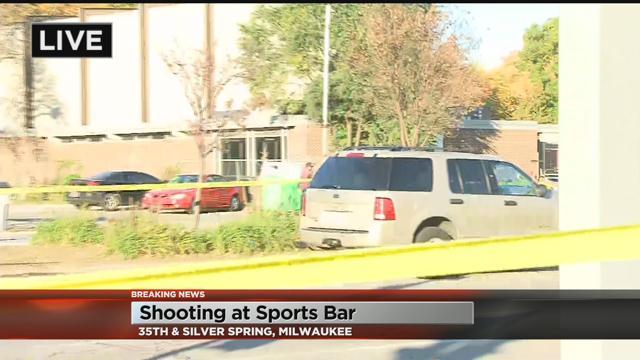 The first shooting occurred near the 3500 block of W. Silver Spring Drive.

Officers on scene confirming that a man was found dead inside Mike's Bar. Several patrons and neighbors gathered outside the tavern and watched crime scene investigators. There is no identity on the victim being made public yet.

The Mike's Bar shooting was reported around 1:30. Just ten minutes later another shooting just a few miles away.

The second shooting occurred near the 3200 block of N. 24th Street.

More information is coming from the Milwaukee Police Department. We will update the story as information becomes available.