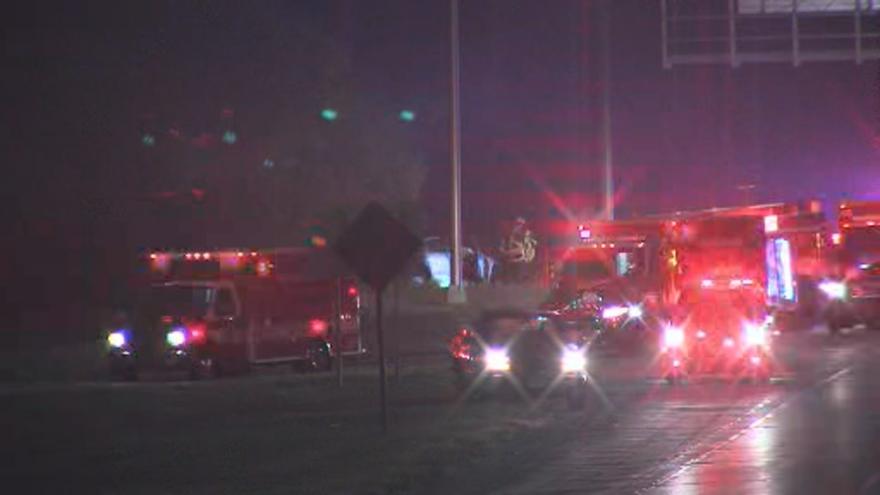 According to North Shore Fire Department, Two people are being treated at Froedtert Hospital following a late night roll-over accident at I-43 and Brown Deer Road.   The accident happened around midnight Wednesday and according to the DOT, two lanes of the highway and the off-ramp were closed for a time due to the accident.   The North Shore Fire Department were called to extricate the two people from the vehicle and transport them to the hospital.