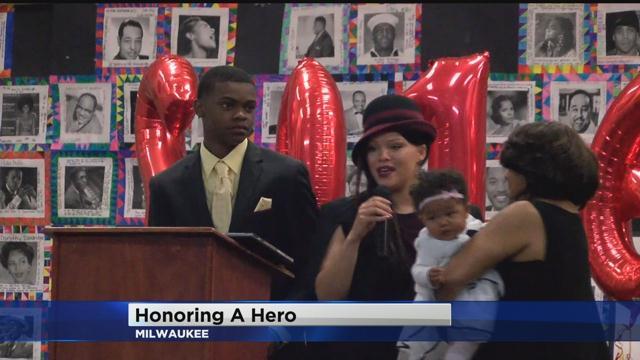 A local middle school is honoring the memory of young airman who was among 11 people killed in the crash of a military transport plane last fall by awarding a new scholarship.

There were many tears at today's graduation happy ones for the graduating students, and sad tears as teachers and family remembering Quinn Johnson-Harris, who died in a plane crash last year in Afghanistan.

The school’s principal, who taught Johnson-Harris many years ago, cried as she said she wished Johnson- Harris was still alive.

She said the school wanted to honor him by awarding a scholarship to a student who embodied traits similar to Johnson-Harris. Those traits were: happy, unselfish and always full of  life.

The award went to a young man named Trayvon who is going to Pius XI next year.

Johnson-Harris's sister was at today's ceremony and said she was amazed the school chose to honor her brother this way.