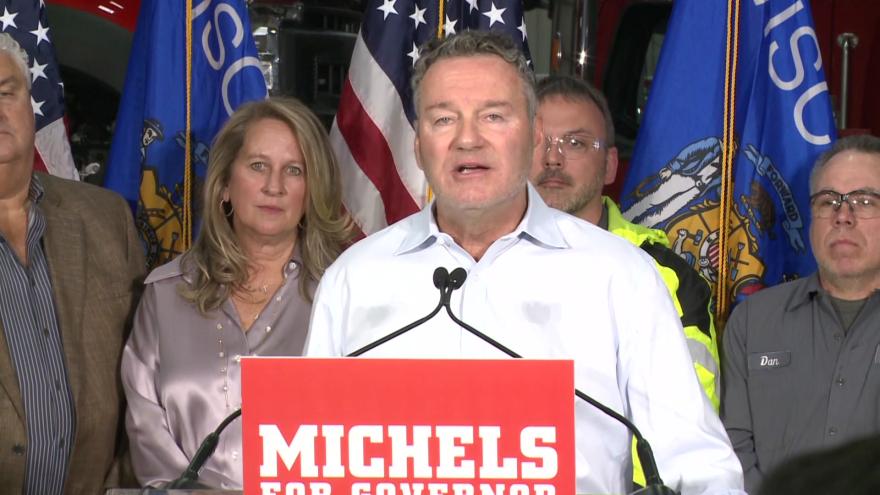 WEST ALLIS Wis. (CBS 58) -- Millionaire businessman Tim Michels is defending residency questions over his family's ties to the East Coast after launching his bid for governor, and said he plans to live at the Executive Mansion if elected this fall.

Michels, the co-owner of his family's construction business Michel Corp, said he has always been a loyal Wisconsinite despite living here half the year to maintain residency and owning multi-million homes in other states, according to a Wisconsin Right Now report.

"People want leadership not where's your home," Michels said in an interview with CBS 58. "I’m not going to apologize for my success."

The report raised questions about how often Michels spends time in Wisconsin after detailing properties he purchased in Connecticut and New York, totaling more than $30 million from 2015-2020. It also revealed his three children attended and graduated from high schools in those states, information Michels confirmed with conservative radio host Dan O'Donnell last month.

Michels, who's primary residence is Hartland, said he's always paid his taxes and voted in Wisconsin -- besides one exception in 2015 when he paid taxes in New York. Michels dismissed questions about his personal wealth and residency as a "socialist agenda."

"As far as big homes, that's what's happening in America right now," Michels said. "It's this socialist agenda where you have to apologize for your success."

Michels added, "I am as much as a Cheesehead as anybody in this state. I love this state."

The Republican candidate competing in a four-way primary for governor said he would live at the Executive Mansion if elected.

"Absolutely. If you're going to be at work early you are going to have to be close," said Michels. "I can't commute from an hour away."