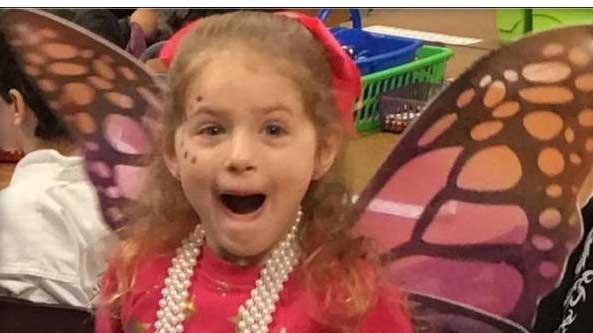 MASON, Mich. (CBS NEWS)– A 25-year-old Michigan man accused of stabbing his stepdaughter to death and then starting a fire to hide the crime will stand trial, reports CBS affiliate WLNS.

Thomas McClellan was in court on Thursday for his preliminary examination on charges of open murder, child abuse and arson. He could be sentenced to life in prison on each charge.

According to investigators 5-year-old Luna Younger was stabbed to death in early November. The Lansing State Journal reports that a detective testified Thursday that McClellan, who WLNS reports is married to the girl’s mother, admitted that he “snapped” when the 5-year-old said she wanted food and wouldn’t leave his room at a Holt apartment complex.

The Lansing State Journal reports that Det. Chuck Buckland said McClellan told him he stabbed the girl in the chest, covered her body with blankets and then poured vodka on the pile and set it on fire.

The girl’s mother reportedly told police she was at work at the time of her daughter’s death and that she and McClellan had been arguing earlier in the day.

McClellan was employed at a Lansing restaurant. He was identified as a suspect soon after the child’s body was found by firefighters.

McClellan was ordered to stand trial during a Dec. 29 court hearing.