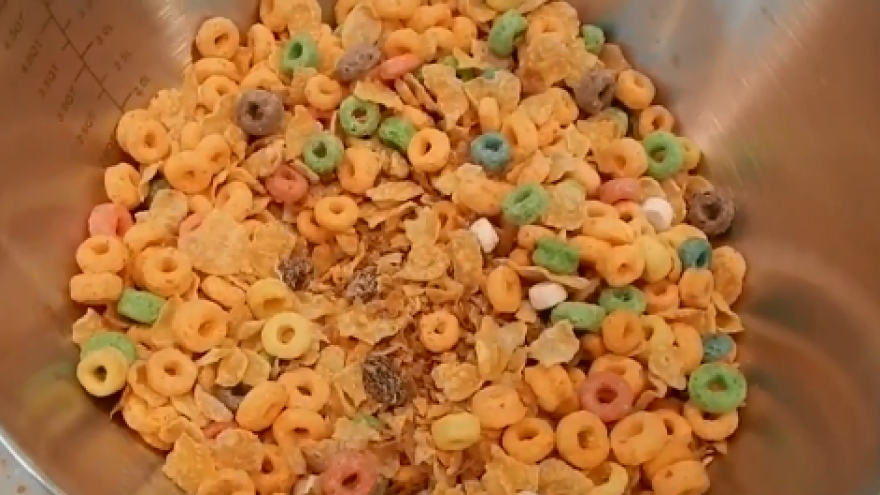 MIAMI (CBSMiami) — Amy DeRosa came home from a Miami Shores Publix Monday with a box of what she thought was Kellogg’s Raisin Bran. It wasn’t.

“We put it in the garage because the bugs were coming out of it,“ said Jamie DeRosa, her husband and a noted South Florida chef.

“We noticed something incredibly different as soon as we opened it,” DeRosa said. “There was not one bit of Raisin Bran in the box.“

Indeed the box of Kellogg’s Raisin Bran contained a variety of cereals that appeared to include Fruit Loops, Lucky charms, Cheerios, marshmallows and other things.

Then DeRosa made a sickening discovery.

“There seemed to be spider webs, like something growing in there. And I started to see larvae or maggots on the side of the bag,“ DeRosa said.

Yes, maggots, hatched from eggs laid by flies, were crawling throughout the bag inside the box. DeRosa said the plastic bag and box came tightly sealed. He believes the problem must have begun in the packaging process.

“It looks like something they swept up from the floor, right in the manufacturing somewhere, and put it in a box and sealed it. How else could you get all those different flavors in a Raisin Bran box that doesn’t contain any Raisin Bran,“ DeRosa wondered.

After learning of the situation from CBS4 News, Publix Supermarkets issued a statement saying that it would immediately investigate the matter of the bizarre box of Raisin Bran. Publix said it would work directly with the distributor to try to learn how the box of Raisin Bran that wasn’t Raisin Bran came to be.

The Florida Department of Agriculture and Consumer Services also opened an investigation. A spokesperson told CBS4 inspectors would visit the store and check other cereal and wheat products for larvae infestation.

As of late Tuesday, Kellogg had not responded to repeated requests for comment.