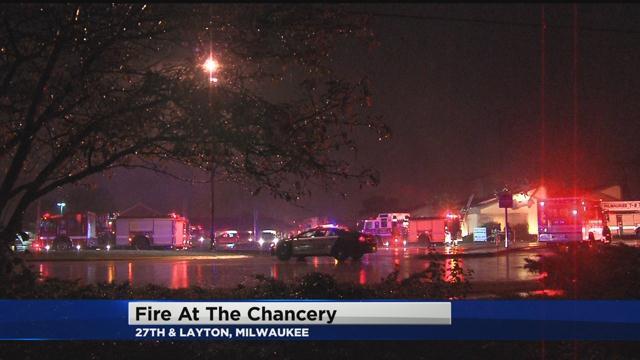 Milwaukee firefighters responded to a business fire around 12:30 a.m. Friday, September 18.  They arrived to find smoke pouring out of the building that previously housed The Chancery restaurant at 27th and Layton on Milwaukee's far south side.  Flames inside forced crews to cut into the roof of the building.

The DeRosa Corporation owns The Chancery, and announced about two weeks ago that the property was for sale.

Lightening is believed to have caused the fire resulting in an estimated $25,000 in damage.