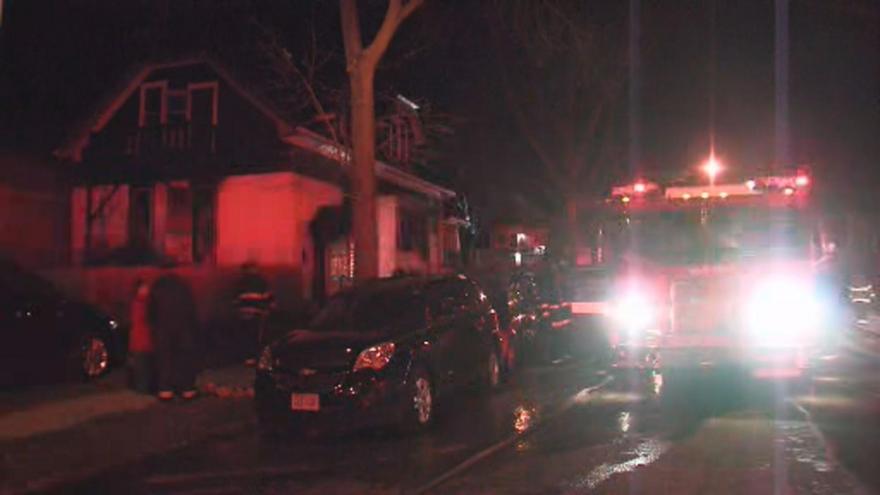 A woman and her three children were taken to the hospital following an early morning fire in their Bay View neighborhood home.   The fire was reported around 2:30 AM and when Milwaukee Fire Department arrived they discovered heavy fire in the basement and first floor kitchen of the two story home.  Three children and their mother were on a second floor balcony and were rescued by fire fighters.   The children were taken to Children’s Hospital for treatment of smoke inhalation.  They were accompanied to the hospital by their mother.  The condition of the children and the mother is not available this time.

The family’s three dogs and a rabbit were in the home at the time of the fire.  Two of the dogs and the rabbit died, a third dog was resuscitated at the scene.

MFD officials say the fire began in the basement near a clothes dryer.   Several plastic bags containing clothes were stored next to the dryer.  The heat of the dryer melted the plastic and set the clothes on fire which then extended to the basement and the kitchen above.   Damage is estimated at $30,000 to $35,000, with fire damage to the basement and kitchen and smoke damage throughout the rest of the structure.

The Red Cross is assisting the family displaced by the fire.