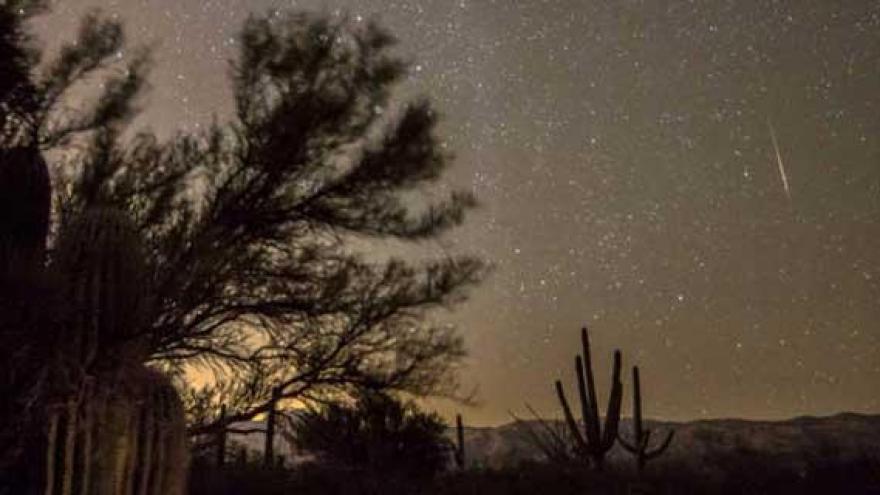 MIAMI (CBSMiami) – Early risers, or those coming home very, very late, will be rewarded with a celestial show.

This year’s second major meteor shower, the Lyrids, will radiate through the Summer Triangle.

So what is the Summer Triangle? It’s made up of the three bright stars Deneb in Cygnus (the Swan), Altair in Aquila (the Eagle), and Vega in Lyra (the Lyre, or harp). Find Vega and Lyra high in the eastern sky a few hours after midnight this month.

The Lyrids shower will peak in the early morning hours of April 22nd and 23rd.

Patient observers will be rewarded with the sight of 18 meteors per hour before dawn from a dark sky location. Since the moon will be nearly to its new moon phase, expect excellent moon-less viewing conditions this year. The actual new moon is on April 26th.