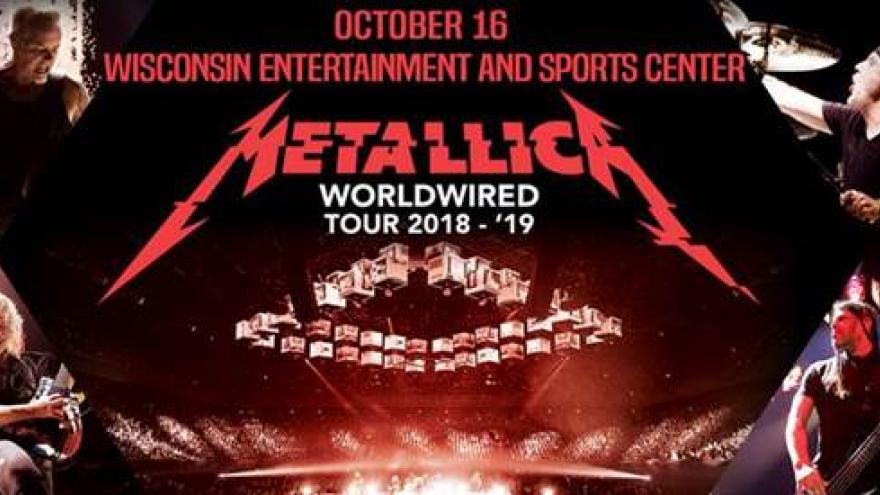 MILWAUKEE (CBS 58) – The calendar is getting more and more crowded for the Milwaukee Bucks new arena and the Bucks don’t even have any games scheduled yet.

On Monday, it was announced Metallica will bring its World Wired tour to the new venue on Tuesday, October 16.

Tickets for the eight-time Grammy-award winning heavy metal band go on sale to the general public on Friday, March 2.

A day after the Metallica concert, Foo Fighters will rock the new arena. The next night, October 18, the Eagles will perform.