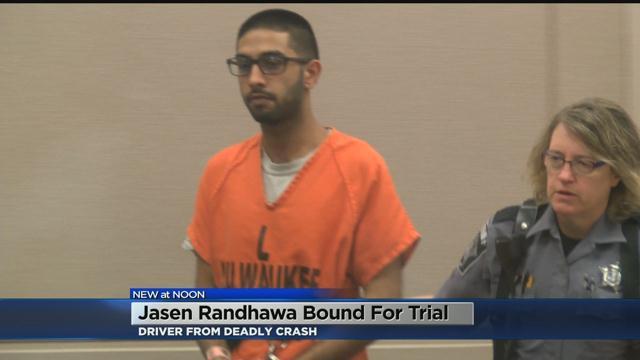 A Mequon man charged in a deadly hit-and-run crash with an Uber car in downtown Milwaukee faced a judge on Monday morning.

Jasen Randhawa pleaded not guilty today to 12 charges in connection with that crash, which killed 3 women and left their Uber drive with serious injuries.

Among the multiple charges, Randhawa is facing four counts of reckless degree homicide, three counts hit and run causing death, and operating a vehicle with a revoked license.

The October 23 crash happened at 2nd and Clybourn.

The three women killed were from Chicago, although one of the women was from the Menomonee Falls area.

Randhawa is now bound over for trial.

His next court appearance is November 22.  He is expected to be scheduled for a trial date at that time.