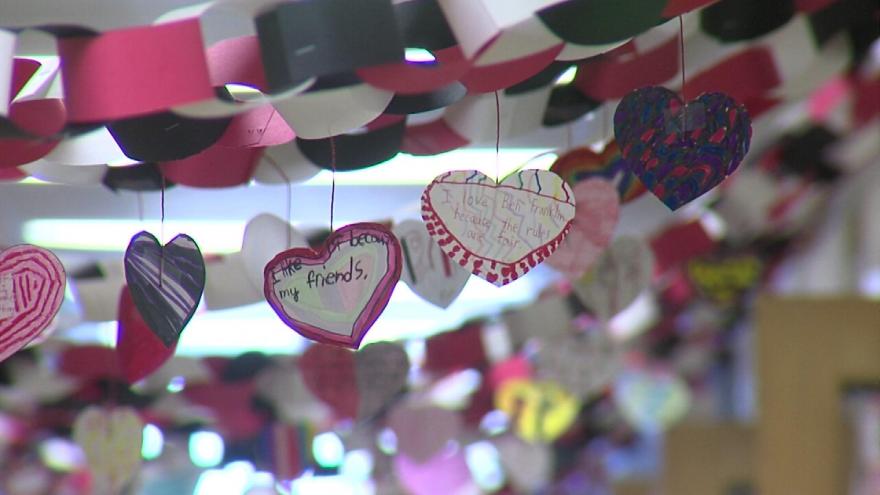 The Menomonee Falls School District turned sadness into support for two boys who lost both parents to domestic violence.

Funeral arrangements are being made for a Milwaukee Police Officer and his wife after police say he shot her then himself at their home on Saturday.

The couple's two children were at the home at the time. CBS 58 spoke to two school leaders who've led the charge to support them. The principals say people have been touched by what happened across the entire district. They've spent the last three days helping students, parents, and even staff members deal with this tragedy. They also came up with a fundraiser to help two boys who suddenly lost both parents.

Both Leon Davis and his wife Sherida were killed in a murder-suicide at their home in Menomonee Falls. But, they weren't the only victims.

"Very polite and respectful. They are fabulous boys, very polite boys and have always been," said Cassie Martin.

Two boys, 8-year-old Michael and 12-year-old Christopher, are now without their parents.

"One who is athletic and running around, talking nonstop. Another who is artistic and introverted. But they have each other's back like there's no tomorrow," said Lynn Grimm.

And their school principals say the whole district has their back.

"The first time I heard it, it was instant sadness. And then it turned into where are the boys and what do they need?"

"The outreach from families has been amazing."

They decided on a silent way to let Christopher and Michael know they're loved. They let the district staff pay to wear comfy clothes. The more money they put in, the more days they get to wear sweats at school.

"When they're walking through the halls and they are in their classes and see their teachers in comfortable clothes, they know they are there to support them without actually having to have the conversation over and over."

They hope the love from the halls at Ben Franklin Elementary and Menomonee Falls community will help the boys for years even though it will never replace their parents.

"We had an open house just this past Friday and she was here walking the halls with her sons. She always had a smile on her face, always laughing, and the boys lit up when they talked about their mom. And dad was always here to pickup to give a high five."

The district says anyone can get involved and donate.