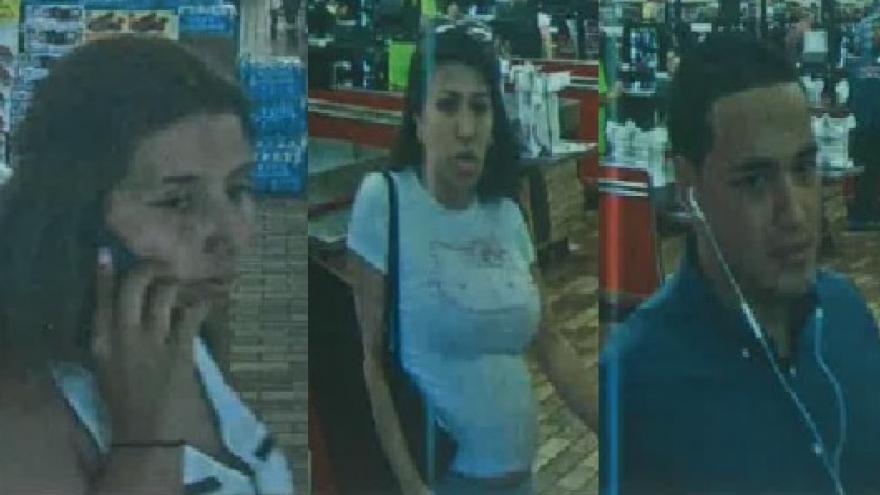 MENOMONEE FALLS, Wis. (CBS 58) -- Menomonee Falls Police are looking for three suspects who worked together to steal someone's wallet at the Woodmans on Highway 145.

Police say a white woman was talking to the victim and distracted her asking about the location of an item in the store. While the victim was distracted a second woman took the victim's wallet from a purse in the grocery cart. A third suspect, identified as a Hispanic man, also helped in the theft.

Police say the wallet had credit cards and about $420 inside.

The suspects left in a white 2018 Nissan Altima with Michigan license plate DTR-5561.

The suspects tried to use the credit cards at Best Buy and Target but the transactions were declined.