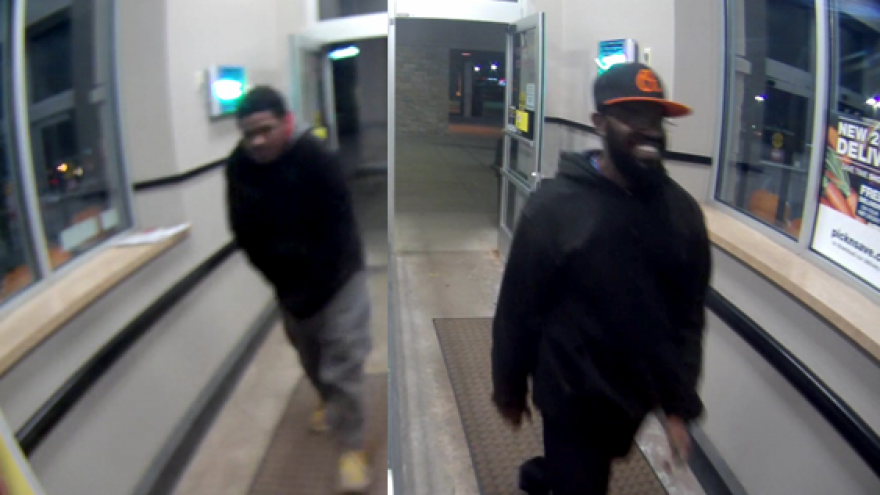 MENMONEE FALLS (CBS 58) -- Menomonee Falls Police are searching for two men believed to have stolen $386 worth of alcohol from Metro Market.

Authorities say on October 24 around 10:45 p.m., two men entered the store. According to police, one suspect acted as a lookout as the other put alcohol bottles into a backpack.

The two then left the store in a silver Kia Soul. The suspects are described as being black men wearing black hooded sweatshirts. One of the men had a beard and glasses.