Police K-9 "Tyson" was retired with honors from active duty.

Tyson and his handler, Officer Chris Harding, have worked together since 2011. Tyson's record of service includes helping police track down robbery, kidnapping and domestic violence suspects.

Officer Harding says it's hard to describe the bond that's developed between him and Tyson.

"Sometimes my wife gets upset with me because she always thought I was married to him, too. Because we did go to work every day. And we did, we trained and we spent hundreds and thousands of hours together," said Officer Harding.

Tyson's an older dog now, with the pains and vision problems that go with aging.

He's now living with Officer Harding's family and getting used to the joys of being a house dog. 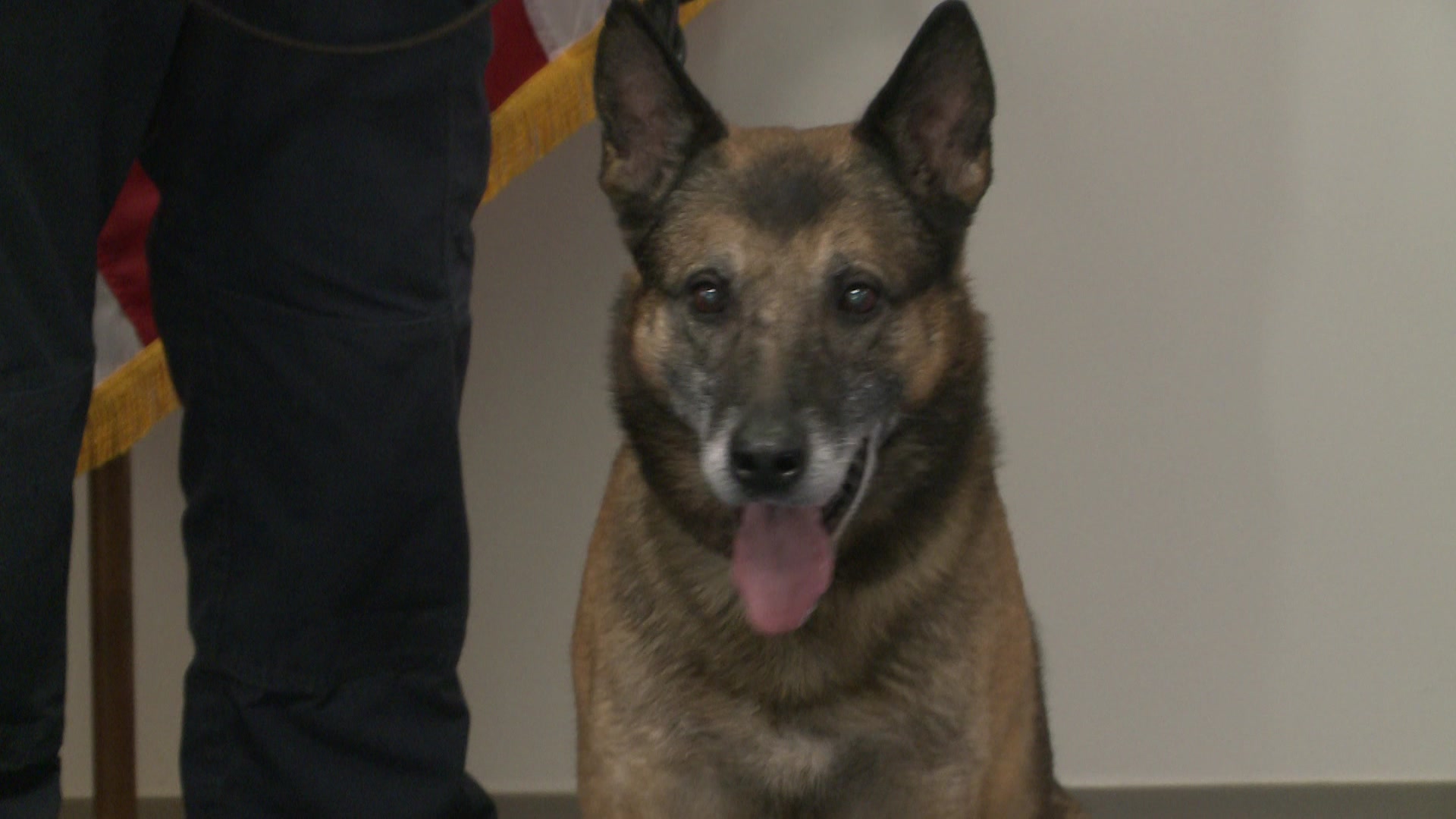