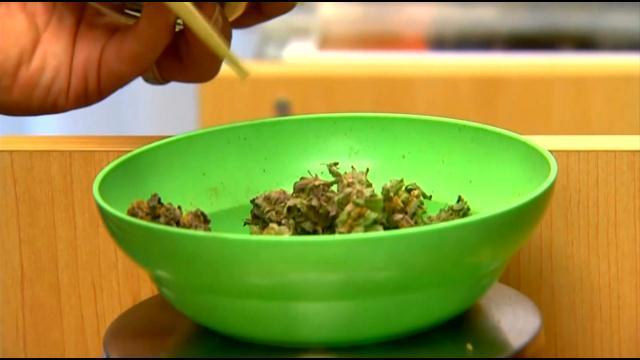 The Menominee Tribe is considered one of the poorest tribes in the country and now the tribe is considering legalizing marijuana on tribal grounds with a vote set for this week.

Recently the Menominee Tribe's plan to build a casino in Kenosha was turned down by the state.

The tribe is now looking to sell marijuana as a way to build a revenue source.

Richard Monette, Professor of Law at the University of Wisconsin says, \"There is not a doubt that they tribe is extremely poor.\"

University of Wisconsin's Law Professor and marijuana law expert, Richard Monette, says the Menominee are in a unique position to legalize marijuana over other tribes in Wisconsin.

\"The state has criminal jurisdiction over ten of the tribes, but not over the Menominee. So the Menominee can do this, and the other tribes arguably cannot.\"

Monette says the law gives the tribe the green light, but he says the state can slow things down arguing in court. Monette says if Wisconsin continues to allows medical marijuana use, other tribes could use that as a loophole to pass marijuana on their land as well.

\"There's an argument that the state allows some marijuana use in the state for medical reasons, so there's a question of is that merely regulated, and can the other tribes do it too.\"

The Menominee say they're interested marijuana to... \"Explore all opportunities to diversify the tribe's economy, create jobs, and provide revenue to the tribe necessary to fund health, education, social, law enforcement aoda and other important services.\"

Still the tribe goes on to say they'll be following federal guidelines to not distribute to minors or traffic the drug to criminals.

\"I'm sure they're being advised to exercise control to the greatest extent possible.\"

The tribe will be voting later this week, but if it passes it doesn't mean marijuana will immediately be distributed.