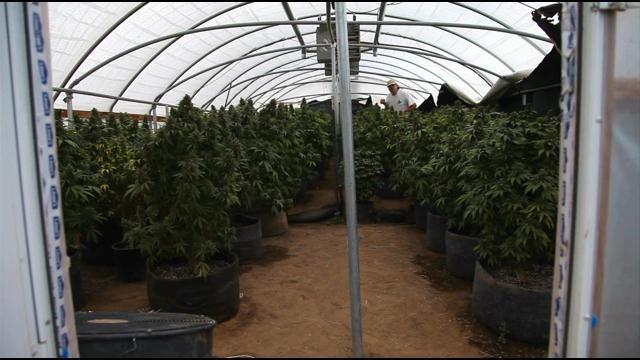 Members of the Menominee Tribe voted to approve the recreational and medicinal use of marijuana in their reservation.

The results of the referendum are not binding, as tribal leaders still have some work to do before the measure moves forward.

\"When they approved this, that just told us we are moving ahead with more research but decisions have not been made yet,\" said Gary Besaw, Chairman of the tribe.

Besaw said it's important to look at other entities and jurisdictions who've already approved these types of measures in order to stay within the guidelines of the Department of Justice.

They're looking at states like Colorado, where Wisconsinites like 4-year-old Lily Pletka-Wirth found refuge to get CBD oil treatment (Read her story here). It's a medication she needs to control severe seizures.

\"We've heard the gambit on potential benefits to individuals in that medicinal realm and she is quite an example of the type of individuals we've heard from,\" Besaw said.

There is no set time frame or clear answers as to who will have access to marijuana if and when the measure is approved. But what is clear, is that this is a busy time for the Tribe.

\"We'll accept the best advice and move forward cautiously. I'm probably not going to get a lot of sleep for a few days,\" Besaw added.