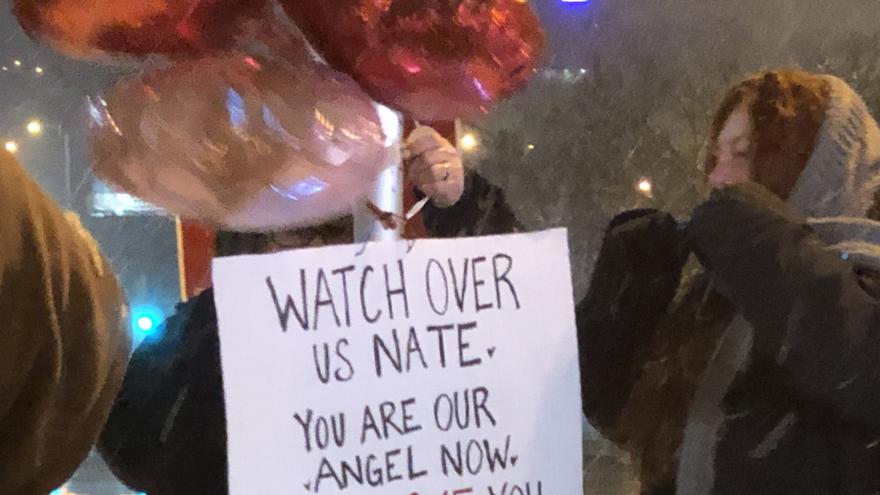 MILWAUKEE (CBS 58) -- Friends gathered Wednesday to remember a 37-year-old man killed when police say he was hit by a vehicle near 25th and Clybourn.

"He was a good guy, he had a good sense of humor," said Mckinley Cullins, who lived with Garski at St. Anthony Place.

Eva Welch, the Co-Director and Founder of Street Angels, helped organize a vigil for Garski at 25th and Clybourn.

"We met Nate probably about four years ago," she said, "When we met him he was homeless and we assisted him on the streets, and we actually had a hand in assisting him off the streets, so he was housed and doing well on his own for the last couple years."

According to the Milwaukee County Medical Examiner's Office report, a man was behind the wheel of his SUV parked on a hill about 50 feet from the intersection facing north. The report stated a witness said the man had been in the vehicle for sometime and they thought he had been sleeping. At some point, the vehicle rolled backwards down the hill, across the intersection, and struck Garski, who was possibly panhandling in the median when he was struck, according to the report.

The driver of the SUV was taken for a blood draw. According to the report, several cans of beer were inside the vehicle.

"He was a pretty persuasive guy and very charming," said Amada Morales, who said Garski was like a brother.

Morales shared stories about Garski at the vigil in front of a sign that said, "Watch over us Nate. You are our angel now."

"He was a street politician," said Welch, "He was out here advocating for people every single day, even when he had nothing."