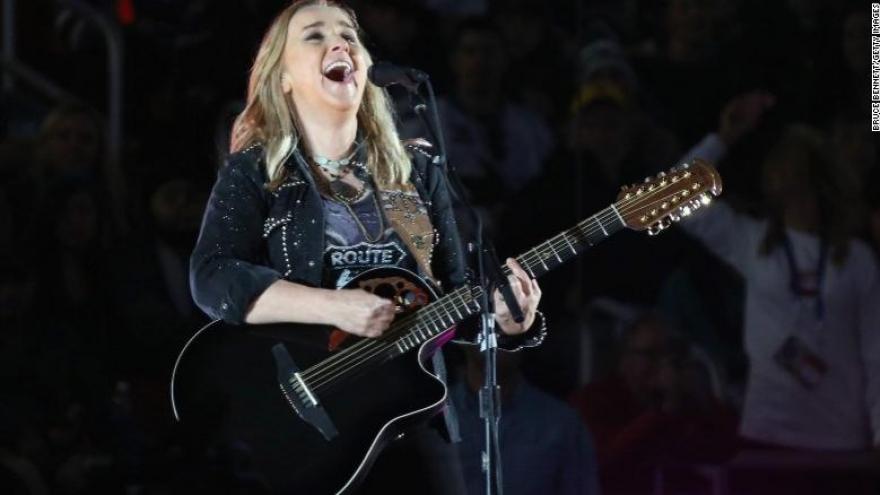 (CNN) Melissa Etheridge has gotten high with a little help from her family.

The singer has revealed she has smoked marijuana with her 20-year-old daughter, Bailey Jean, and 18-year-old son, Beckett.

\"It was funny at first, and then they realized it's very natural [at the] end of the day,\" Etheridge recently told Yahoo. \"It brings you closer. I'd much rather have a smoke with my grown kids than a drink.\"

The \"Come To My Window\" star is now a cannabis advocate since she started using it medicinally after being diagnosed with stage 2 breast cancer in October 2004.

Etheridge, who said she had smoked recreationally since she was in her twenties, said she learned about the benefits of using medicinal marijuana from good friend, singer David Crosby.

\"I asked many of my friends [who had gone through chemo], 'What's the experience? What are you doing?,'\" she said. \"And my friend David Crosby, he was the first one who said, 'You know, Melissa, you have to do medicinal marijuana. You have to [try] cannabis. That's the way to do it. It's too hard otherwise.\"

Crosby is the biological father of Etheridge's two oldest children, whom she raised with her former partner Julie Cypher.

\"My family, all four of my children, understand cannabis,\" The Grammy-winning artist said. \"They call it medicine.\"

\"When I used it as medicine, it became so clear to me that it has been maligned and misunderstood, and I really wanted to help people who are suffering,\" she said. \"I mean, going through chemotherapy is suffering... and cannabis helps so many parts of just that.\"

Etheridge said she does not smoke in front of her younger children, though they have caught her lighting up a time or two.

\"I treat it just as any other medicine in the house, just as a bottle of vodka would be, you know, 'This is for Mom; you don't [try] this,\" she said. \"When you're grownups you can deal with that.'\"

The singer also revealed that the bud has some benefits when it comes to romantic evenings with her wife of almost three years, Linda Wallem.

\"There are certain strains [of weed] -- you get a nice indica on a Friday night when it's date night, and it takes down your inhibitions,\" Etheridge said. \"Your sexual desires are enhanced. I recommend this for relationships.\"