Meet the Milwaukee County Transit Drivers Who Will Get You to Work and Save Lives on the Way! 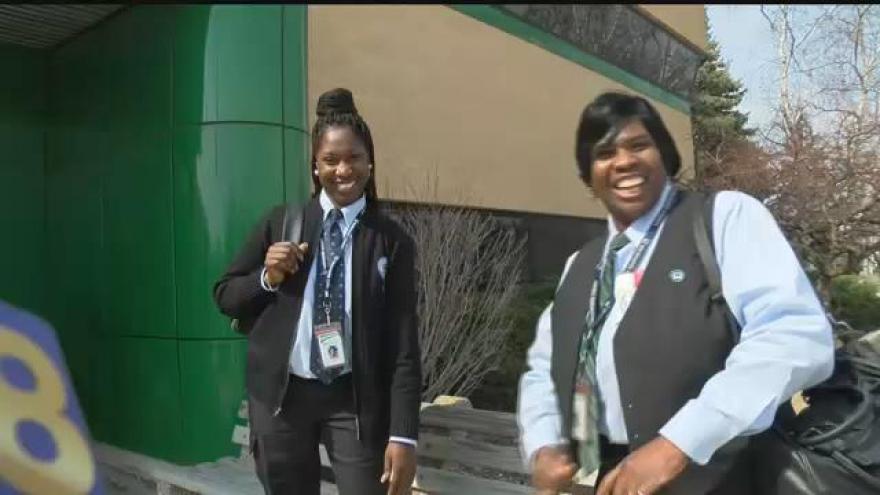 It was training day for bus driver Precious Bolden.

When she spotted a man slumped over in a car in the middle of the road near 35th and Lincoln.

She pulled over and that's when her instructor Jeannie Mitchell jumped out.

"His foot was still on the brake," recalled Mitchell. "But the car was still running. So I put it in park and then felt his pulse he still had one. His chest was still moving so I knew he was still alive."

Cameras mounted on the Milwaukee County bus show the dramatic morning. By the time Mitchell got back to the bus, her trainee had already contacted dispatch.

They needed medical help while keeping the passengers on board calm.

"We're the eyes of the city," said Mitchell. Sometimes we're first on the scene."

Mitchell should know.  Remember she's the driver who came to the rescue of two children wandering the street not that long ago.

"It just makes me so proud of both of you," said County Executive Chris Abele. "You're representing a county and showing that we need to help each other out."

The drivers noted how many people actually passed by the passed out motorist.

They promised that they feel a responsibility, not just to those on the bus, but those around them.

"This is my last day of training," noted Bolden. "I was just glad that I could help."

As it turns out the driver had a negative reaction to narcotics.

Emergency responders gave him Narcan and sent him to the hospital.

After he was treated, he was arrested.