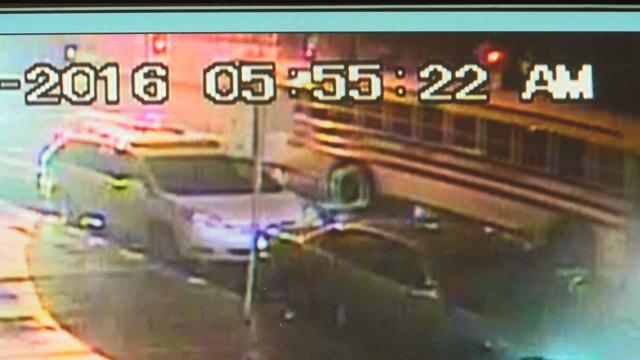 A teenage girl was hit and killed by a school bus in Milwaukee Wednesday morning, and the Medical Examiner has ruled it an accident.

According to the Medical Examiner's report, the victim, Marisol Cevallos, was wearing dark clothing.

Surveillance video from a nearby business shows one view of what happens.

The bus turns left on a green light from 9th Place to Oklahoma Ave. The teenager being hit is not visible, but caught on camera is the bus stopping right after.

"As soon as I seen that my first reaction was to see if she was okay. The bus stopped, reversed a foot or two. He got out, put the four way flashers on. Then I walked up, asked her if she was okay. She didn't respond, she was holding her chest area and I asked if she was she was okay, no response, and I looked at the bus driver and said I have to call 911," said a witness to CBS 58.

Lamers general manager, Dean Brown says the 62-year-old driver has been with the company for 25 years and has a spotless record.

The bus driver did stay at the scene and cooperated with police.