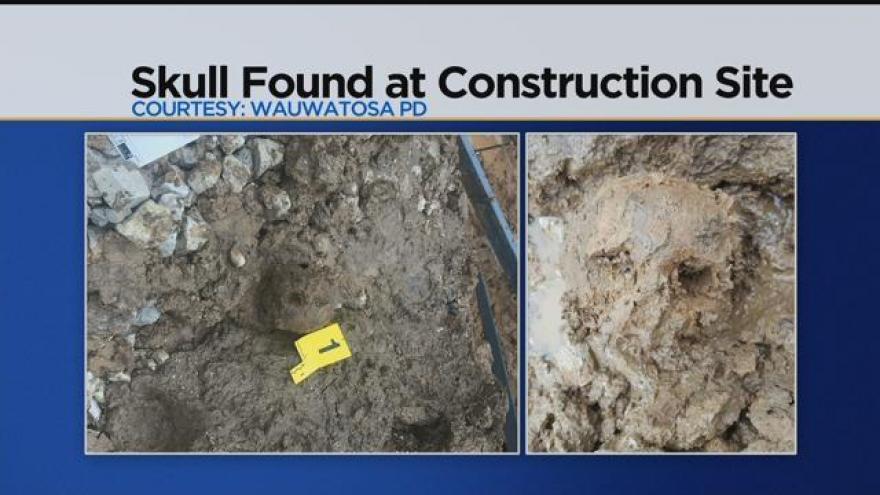 They are images that are hard to look at, but they give new perspective on the challenges faced by investigators trying to figure out how bone fragments wound up at a home construction site in Wauwatosa on January 20th.

The images provided by the Wauwatosa Police Department shows the bones fragments, including a human skull, encased in mud.

Investigators are now trying to figure out if a cemetery was located back in 1880's at the land that is now a site for a home near Underwood and Milwaukee in Tosa.

Crews digging on the land uncovered the remains.

On Monday, the Medical Examiner’s office performed an analysis of bones and confirmed it is a human skull.

The exact excavation in the 1700 block of Underwood Avenue.

"Based upon the condition of the skull and material found with it, the skull is estimated to be decades old.  The skull will be sent to the University of North Texas – Center for Human Identification for further analysis by a Forensic Anthropologist."

As we learn more information, CBS 58 News will share it with you on the air and online.