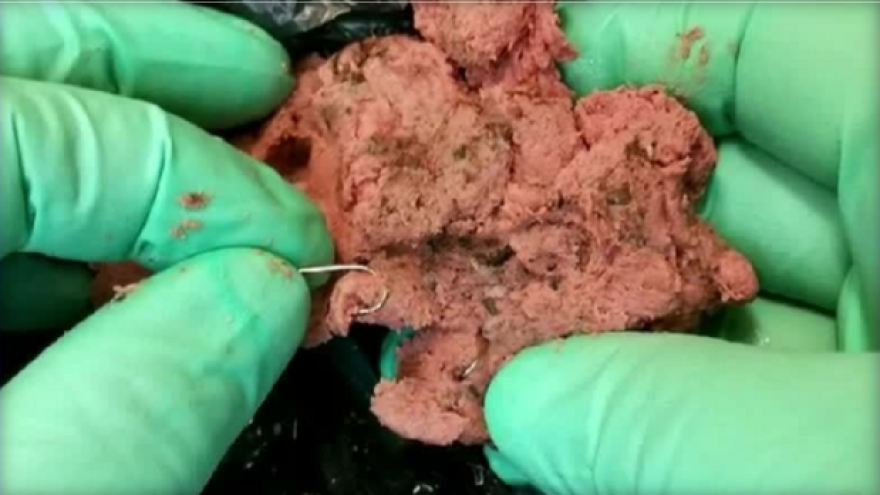 ORMOND BEACH, Fla. - The Volusia County Sheriff's Office is investigating after balls of raw meat with fishhooks embedded in them were left at a dog park Ormond Beach, Florida, reports CBS affiliate WKMG.

Deputies responded to the park Tuesday afternoon after Rita Michelini's mini schnauzer Buddy ate some of the meat, she told the station

"He's my life, he's my baby, he's my child. He likes to search for turtles and bark at them and at one point, I looked back and he had something in his mouth," Michelini said.

"As small as that hook was, a dog could very easily could have swallowed that quickly, without even knowing they had swallowed it. That could have been very detrimental to his health," Dr. Nick Avis of Tomoka Pines Veterinary Hospital said after examining Buddy.

Several small fishhooks were also found inside meat found by deputies investigating the scene, according to an incident report. The consistency of the meat was similar to liverwurst, according to the report.

The park does not have surveillance cameras, and no witnesses have come forward, according to the police report.

WKMG reports that two years ago in the same dog park ibuprofen pills were foundinside meat. Ibuprofen can be toxic for dogs. In that incident, one dog got sick, but no arrests were made.