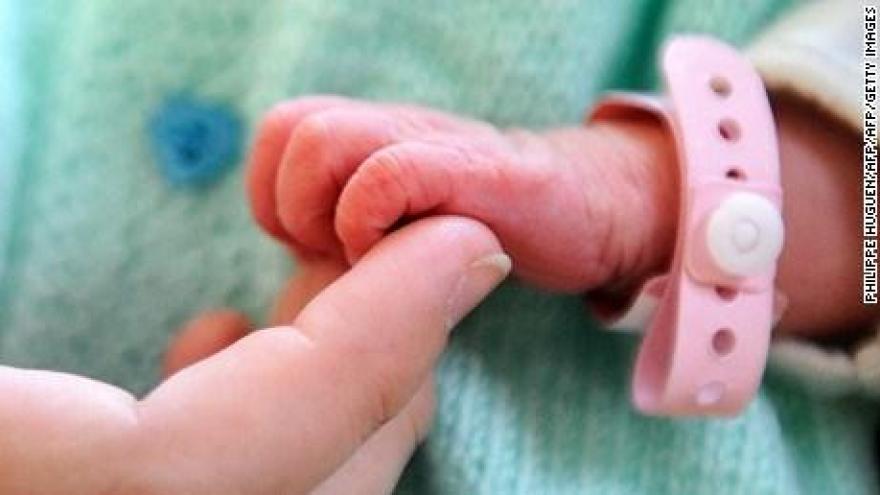 (CBS NEWS) A New York City woman is accusing Mead Johnson (MJN) of selling baby formula contaminated by dead insects, claiming that her infant daughter had to be hospitalized twice after consuming the company’s Enfamil product.

In a March 7 lawsuit in the U.S. District Court for the Eastern District of New York, Brooklyn resident Paulina Rodriguez
alleges that she was misled into purchasing a product that was unsafe because of Mead Johnson’s negligent manufacturing processes. Rodriguez said she found insects in the company’s formula on four occasions, starting in November of 2016.

“While the discovery of one contaminated can of Enfamil might be chalked up to a random accident, Ms. Rodriguez’s repeated discovery of four contaminated containers within the span of six weeks betrays defendant’s systematic indifference to the safety and purity of its infant formula,” the suit states.

The complaint, which seeks class-action status, alleges that other consumers have found dead bugs in Mead Johnson’s formula and that the company has failed to address concerns about product contamination.

Mead Johnson was hit with a whistleblower lawsuit in February by former employee Linda O’Risky, who alleges she was fired by the infant nutrition company after raising concerns about safety issues related to the manufacturing of infant formula. O’Risky said a Mead Johnson executive opposed her efforts to hold back batches of Gentlease, which is designed for gassy or fussy babies, after insects were found in samples of the formula because the executive didn’t consider bugs to be a food safety issue.

O’Risky reported her concerns through an internal company hotline before losing her job as global product compliance director.

In her suit, Rodriguez said she first found bugs in an Enfamil container on Thanksgiving Day 2016, an incident that was captured on video at a family celebration. She reported the alleged contamination to Mead Johnson a few days later, and the company responded by giving her two free formula cans and coupons. As instructed by Mead Johnson, according to the suit, Rodriguez also sent the contaminated formula back to the company for further testing.

“Since Ms. Rodriguez had by this point been using Enfamil for many months without incident, she assumed that the can with the insect was anomalous, a mere fluke of chance, and so continued to use Enfamil,” the complaint states. “This reasonable assumption would prove mistaken, however. Less than a month later, sometime between December 18 and December 21, 2016, Ms. Rodriguez again discovered that the Enfamil formula she had been feeding her daughter was housing yet another insect.”

Rodriguez’s then 10-month-old daughter subsequently developed a bacterial infection that required hospitalization. The suit claims the child’s illness was caused by Chronobacter -- a bacteria that has been found in dry foods such as powdered infant formula, herbal teas and starches -- or “some other dangerous insect-borne pathogen.” Rodriguez said she also found bugs in her daughter’s formula on two occasions in January.

After those incidents, Rodriguez said she called Mead Johnson and urged the company to investigate the products shipped to the supermarket where she bought the company’s formula, according to the suit. When Rodriguez asked about the lab results on the contaminated Enfamil that she sent to the company in November, she was told the department was closed.

The Enfamil Rodriguez purchased was allegedly produced in the same Indiana plant where O’Risky worked.

Mead Johnson and Rodriguez’s attorney didn’t respond to requests for comment. The Illinois-based company previously denied the claims made in the O’Risky case.

Shares of Mead Johnson, which agreed earlier this year to be acquired by U.K.-based Reckitt Benckiser for $16.6 billion, were little changed on Monday at $89.35.