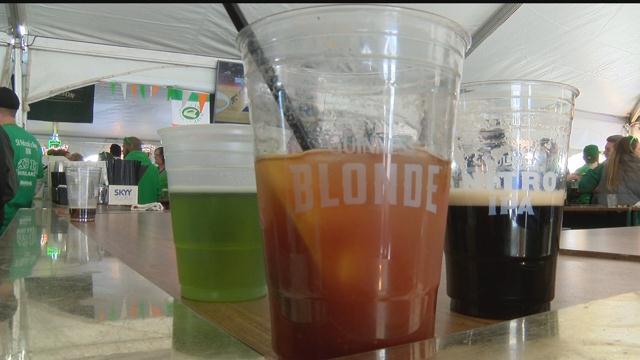 Law enforcement agencies across our area will be out in large numbers looking for drunk drivers. There will be 147 squads out on staggered shifts until Sunday night, according to the Milwaukee County Sheriff’s Office.

Lt. Gary Gabrish is part of the OWI Task Force. He said that since 2009, they’ve arrested more than 2,000 drunk drivers.

“We are getting the message out, we have seen a little bit of a dip in terms of arrests and we think we’re getting the word out,” Gabrish said.

However, Gabrish said, they plan to be extra vigilant.

"St. Patrick's Day is a bump in impaired driving, there's a bit more people out, basically the bars are going to be full all day and all night and in our efforts we don't want you drinking and driving," Gabrish said.

"We think that's thousands and thousands of people who maybe shouldn't be behind the wheel,” said Brendan Conway, with MCTS. “They recognize that too, that's what's great about the program. But if it' just takes 1 person that shouldn't be driving, I think that's important."

The rides start at 6 p.m. Thursday until the end of regular service.

Downtown Milwaukee was packed with people drinking and enjoying themselves. Jason Samonig was with a group of friends and he said they rented a limo to get around.

Samonig said that having options to go home safely is always a good idea.

"I think the bus giving free rides is a really good thing because there's going to be a lot of people out, everybody celebrate it, even if you're not Irish."