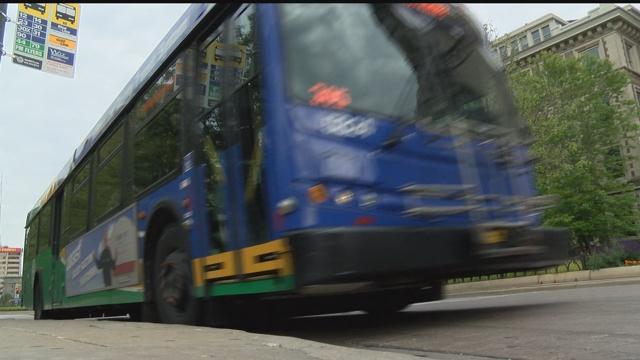 The Milwaukee County Transit System is dealing with a $1.5 million budget deficit.  Much of it is blamed on the GoPass program which gives free rides to elderly and disabled people.  Milwaukee County Executive Chris Abele initially vetoed the program, but the County Board overturned his veto. He released a statement to CBS 58 saying:

"Reversing a 10 year trend of route cuts and fare increases has been a top priority of mine since taking office," Abele said.  "We've been able to provide stability for transit riders and drivers alike by making smart decisions that ensure the long-term sustainability of our transit system. That's why I vetoed the GoPass last year. Not because I am opposed to the intent, but because I was concerned the program would have a negative fiscal impact and take us off our course of modernizing and expanding transit."

Supervisors Deanna Alexander and Marina Dimitrijevic have opposing views on the GoPass.

"Communities, cities, and counties that have affordable, accessible transit are thriving, let's not leave Milwaukee behind," Dimitrijevic said Tuesday.  "I want to keep pushing forward more aggressively  that we're at point where everyone's using public transit, that's a great community that I'd love to live in."

Alexander opposed the GoPass and still does. She says the warning signs were there but many of her fellow board members chose to ignore them.

"What we do know is they sold us a bill of goods saying that the GoPass would cost the county about $160,000 and when information showing it would be millions of dollars was shown, they denied it and said that's not true," Alexander said.  "We know now, less than a year later that that is true."

County supervisors are working right now on the 2016 County Budget.