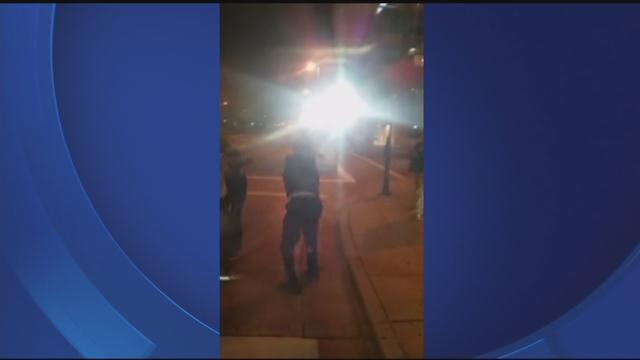 Students at Marquette University and countless residents take the bus at the corner of 12th Street and Wisconsin Avenue every day, and the passengers CBS 58 spoke with Monday evening are concerned a driver would engage in an all out brawl.

A MCTS bus driver is now out of a job after he got off the bus Friday night at the corner of 12th and Wisconsin and engaged in a street fight.

Milwaukee Police say the former driver and the other guy know each other, and that an exchange of words led up to the brawl.

However, those who ride the bus say this is frightening.

"I feel if I was caught in that situation it would definitely freak me out a bit,” Marquette Student Anna Brown said.

"It does raise an issue about safety and violence,” Marquette Student Darlene Valdez said.

"That could happen to anyone at anytime,” Marquette Student Oscar Guzman said. “But overall it's just kind of scary and makes me wonder what my experience here might become of it."

Brendan Conway with MCTS told CBS 58 that drivers are trained to handle heated situations in a peaceful way by contacting dispatch right away, and there are always route supervisors driving through the city.

"Drivers are never supposed to get out of their seat and go engage with a passenger in a physical way. Those are not the values of the Milwaukee county transit,” Brendan Conway said. “The community expect better. They deserve better. We certainly expect better which is why he was terminated."

"We take the safety of our passengers and drivers very seriously. The driver involved in the

Incident has been discharged. We will release any additional information once the facts become available to us."

Milwaukee Police are still investigating the circumstances that led up to the fight and the case will be reviewed by the District Attorney’s office in the coming days.