MCTS concludes investigation from May 15th crash on Marquette campus 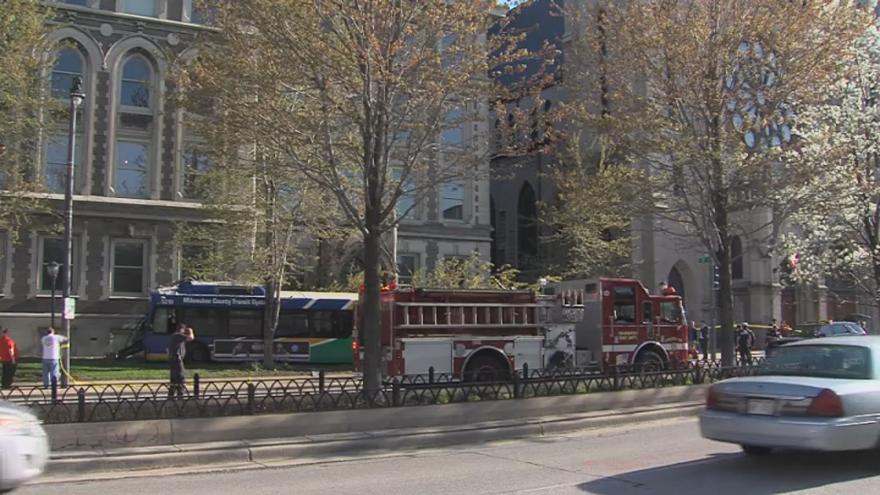 MILWAUKEE, WI (CBS 58) – It was more than two months ago at the intersection of North 12th Street and West Wisconsin Avenue where  a Milwaukee County Transit System bus crashed into a building on Marquette’s campus.

MCTS is calling the bus crash from May 15th an accident.

“What it shows is that the driver accidently hit the gas”, says MCTS representative Brendan Conway. “He believed he was hitting the break and didn’t understand why the bus was not stopping”.

The driver, Calvert Campbell, accidently accelerated through the intersection, crashing into Johnston hall on the campus.

“We went through everything possible, including bringing in an independent engineer who looked at the bus just to make sure,” says Conway. “But everything came back and the bus is working properly”.

As further evidence, the crash was caught on surveillance video by Marquette. It shows the bus driver go through the intersection and into the building without the brake lights ever turning on.

“He went through the discipline process and they look at a few things,” says Conway. “In this case, 12 years he [the driver] has driven many miles and never had a preventable accident”.

In an agreement with the union, Campbell was placed on a maintenance and cleaning team. He won’t be back behind the wheel for at least six month.

“As a cleaner tanker position,” says Conway. “They work overnight; they take the bus, and get it cleaned. We’re taking serious steps to make sure that if he does drive again, that’s if, that he is prepared to do it”.

MCTS says they’ve been talking with Marquette about repairs and based on state law, they have a cap of $250,000 to help with repairs.