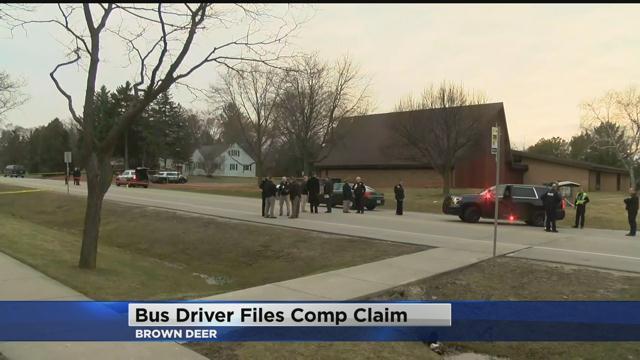 The traumatic experience is keeping her from working, but the union doubts she'll get paid for the lost wages.

Last Monday, the woman flagged down Brown Deer officers after a bus passenger got upset over a transfer fee, started calling her names and threatening her. Police were trying to get the man off the bus when they say he got violent and an officer shot him.

Since then, the driver's husband said his wife has had trouble sleeping and doctors have told her not to drive her own car or be left alone.

It's put her in no condition to go back to work.

The husband said the incident forced his wife to relive a past traumatic experience. He asked CBS 58 to conceal his identity.

"She had dealt with it, but this opened it up and her first thing was that was somebody's baby. He didn't have to get shot," he said. "She worried it would be her fault. She blames herself. She still blames herself."

The union president James Macon claims there are bus drivers on the road who shouldn't be because 95 percent of worker's comp claims are denied.

But MCTS spokesman Brendan Conway said 88 percent of such claims in the past year have been approved.

He also told CBS 58 that the workers compensation program is run by the Wisconsin County Mutual Insurance Corporation, and that rules and decisions are laid out in state law and based on doctor's examinations.

It could take weeks or months for a decision to be made on workers compensation claims.

In the meantime, the bus driver has been given medication to help her sleep and has appointments to see a psychiatrist and therapist.