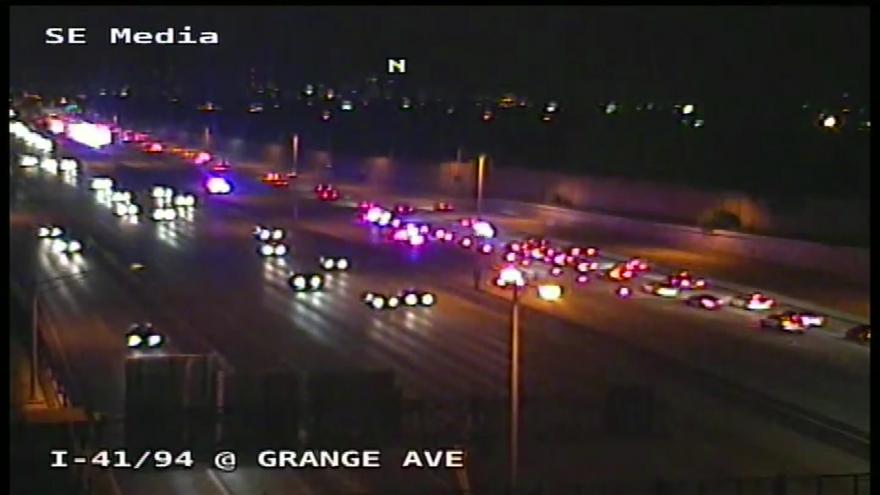 Deputies were called to a four-car crash on I-41/I-94 northbound at Edgerton. It happened around 8:40 p.m. on Sunday.

Upon arrival, rescue crews had to extract the 85-year-old woman from the back of one of the vehicles. She was taken to a local hospital for treatment of what was believed to be non-life threatening injuries. The woman's condition worsened overnight. At 4 a.m., she was pronounced dead at the hospital.

The woman has been identified as Edna Nuell of Milwaukee. An autopsy to determine the cause of death is scheduled for Tuesday.

The other subjects involved in the crash were treated for minor injuries.

None of the drivers involved showed signs of impairment. One driver was cited for Unreasonable/Imprudent Speed and Inattentive Driving.

According to witness accounts, three vehicles slowed for traffic congestion, but another vehicle failed to react in time, striking one vehicle which then struck two others.

“My thoughts and prayers go out to the family of Edna Nuell. While the cause of death has yet to be determined, this multiple-vehicle crash was caused by a speeding driver. His actions created havoc for three other drivers and their families,” Sheriff Schmidt said.