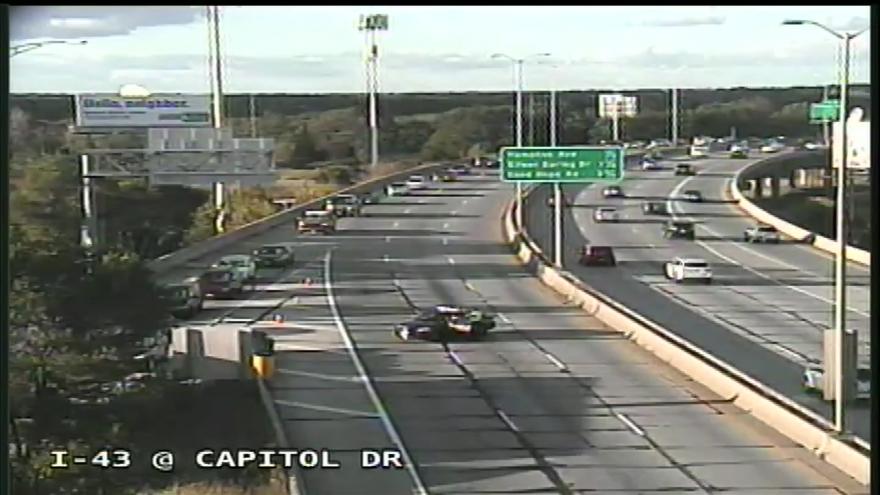 UPDATE: MILWAUKEE (CBS 58) – A man is recovering after the Milwaukee County Sheriff’s Office says he was shot on I-43 southbound near Capitol Drive around 5:00 Friday night.

The southbound freeway was shut down between Silver Spring and North Avenue during rush hour for about three and a half hours while deputies searched the freeway for evidence.

UPDATE: MILWAUKEE (CBS 58) --  All lanes are back open on I-43 after the Sheriff's Office says they were investigating a shots fired incident near Capitol Drive.

The incident happened around 5:30 Friday evening. Traffic was diverted for a little over three hours while the Sheriff's Office investigated.

UPDATE: MILWAUKEE (CBS 58) -- The Milwaukee Fire Department has confirmed one person was taken to an area hospital after a possible shots fired incident shuts down part I-43.

The Fire Department says they do not know how serious the person's injuries are. The Sheriff's Office says all southbound lanes of I-43 near Capitol Drive are shut down as they investigate. Traffic is expected to be impacted for several hours.

MILWAUKEE (CBS 58)  -- All southbound lanes of I-43 are closed at Capitol Drive for possible shots fired, according to the Milwaukee County Sheriff's Office.

The Sheriff's Office says traffic is being diverted off at Silver Spring and back on at North Avenue. Traffic is expected to be impacted for several hours.

On Monday, the northbound lanes of I-43 near the Marquette Interchange were shut down for nearly four hours while the Sheriff's Office investigated a shots fired incident.