MCSO: Two hurt after rollover crash on I-94 near Elm 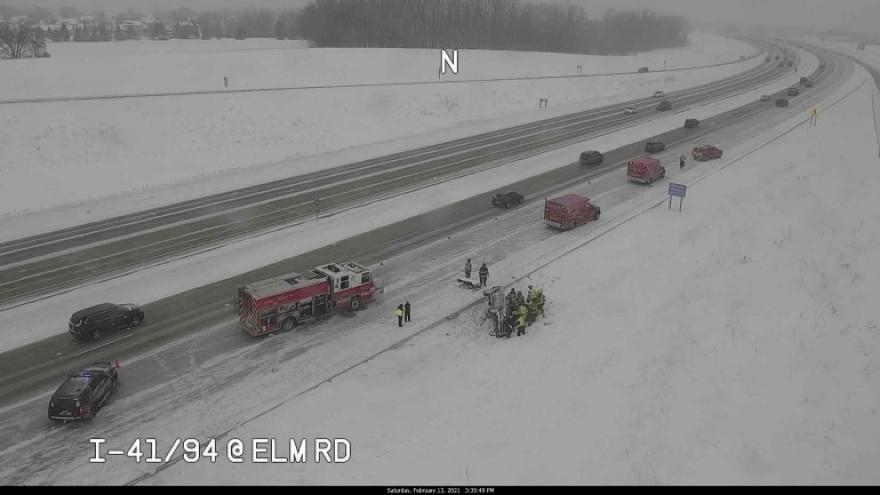 OAK CREEK, Wis. (CBS 58) --- Milwaukee County Sheriff's Office says Saturday's crash on I-94 on Elm was a one vehicle crash with two occupants.

Officials say the car hit the wall and flipped over several times before coming to rest in the snow.

One of the occupants was partially ejected.

The female passenger and male driver were both extricated from the car.,

The female passenger was transported to a local hospital. She did not have life threatening injuries.

The male driver road in the ambulance with the female passenger.

The incident happened around 3 p.m.

The lanes are expected to be closed for an hour.

Milwaukee County Sheriff's Office said the lane closure is due to a rollover crash with injuries northbound I-94 under the bridge on Elm. Officials ask drivers to slow down for first responders.

There are no life threatening injuries.

MSCO is reporting lane closures due to a rollover crash with injuries northbound I-94 under the bridge on Elm. Slow down for first responders.