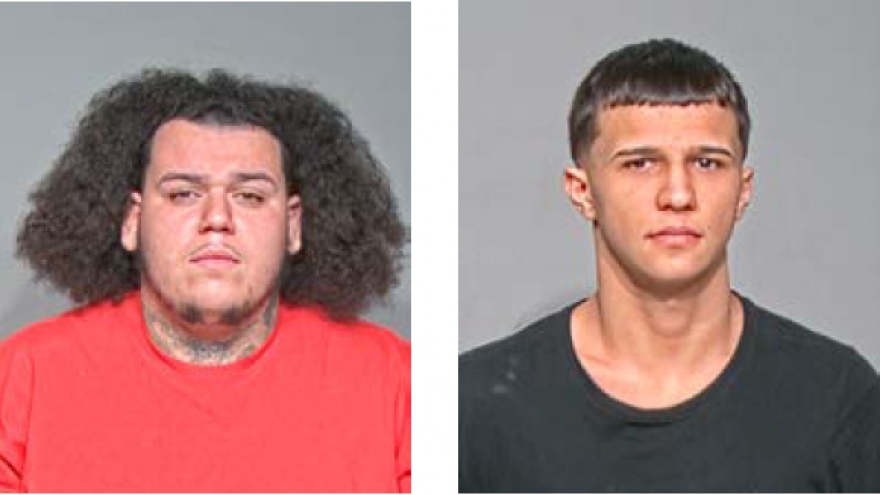 Acting Sheriff Richard Schmidt said, “we are aggressively pursuing those who compromise public safety with reckless abuse of alcohol, drugs, weapons and speeding on our freeway system.”

On Saturday, January 20, at about 11:45 p.m., deputies responded to a reported overdose on the freeway on I-43 northbound at W. Lapham Blvd. Dispatch reported that two subjects were passed out in a vehicle on the grassy area off the right distress lane. Deputies found a female in the driver’s seat and a male in the front passenger seat. Both subjects were unresponsive. The keys were in the ignition and the engine was running. Milwaukee Fire Department paramedics administered Narcan to both subjects. The female immediately regained consciousness, and the male responded after the second dose of Narcan.

Deputies arrested the driver, Samantha M. Hull, age 29, of Rogers, Minnesota, for OWI-1st/Drug-related. The passenger admitted that they had taken Percocet pills, and both were transported to the hospital for treatment. The passenger does not face criminal charges. OWI-1st/Drugs is a civil forfeiture subject to up to a $300 fine and license revocation of up to 9 months.

Yesterday, at 7:40 p.m., a deputy on I-43 northbound approaching the Marquette Interchange paced a vehicle traveling 65mph in a 50mph zone and initiated a traffic stop at W. Winnebago Street. The deputy could smell marijuana while speaking with the operator and saw a baggie with a green, leafy substance sticking out of the driver’s pocket.

Vargas informed the deputies that he was a CCW license holder and that he had a gun in the vehicle. While searching for the gun, the deputy found a mason jar full of a green, leafy substance, and a scale.

Vargas faces charges of OWI-2nd/Drugs, Endangering Safety by Use of a Dangerous Weapon, Possession with Intent to Deliver THC, and Operating after Revocation-OWI-related. If convicted on all counts, he faces up to 5 years and 6 months in prison.

Santana faces charges of Possession with Intent to Deliver THC, and Felony Bail Jumping. If convicted he faces up to 9 years, 6 months in prison. Santana was out on $750 bail for another drug-related case with a condition that he not possess any controlled substance without a valid prescription.