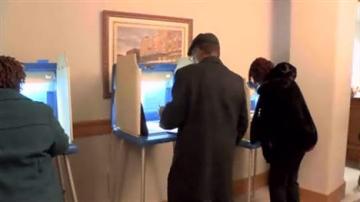 The Governor vetoed a portion of the bill that would have restricted voting to no more than 45 hours a week.

But, he left intact portions that would stop anyone from voting weekend or after 7 p.m. weekdays.

\"It defies the history of this country that we have these attempts to make it more difficult and more limiting for people to vote.\" Barrett declared. \"That is not our American democracy .\"

Democrats say the law is meant to keep city dwellers from the polls which can be more crowded in urban areas and possibly lean democratic.

The Governor's office says the new law is about keeping voting hours uniform throughout the whole state.