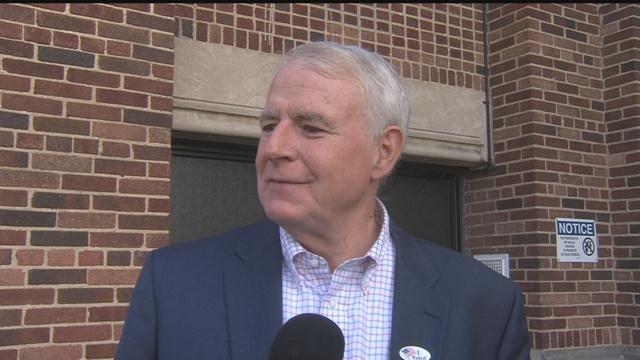 Milwaukee Mayor Tom Barrett was one of the early birds today.

He voted this morning.

Mayor Barrett showed his id when he walked into his polling place at Neeskara School on Milwaukee's West Side.

The mayor got a chance to talk to people before casting his ballot because like many voters he had to stand in line.

"I find it a very good day to stand in line. I like standing in line and my wife, my kids all voted early and many times I have voted early, but this time I thought I want to be there on election morning so it  feels good to cast that vote and stick it in the machine,” said Barrett.

Mayor Barrett said early reports show in his word a tremendous turnout in the city of Milwaukee.

He expects that to continue throughout the day.