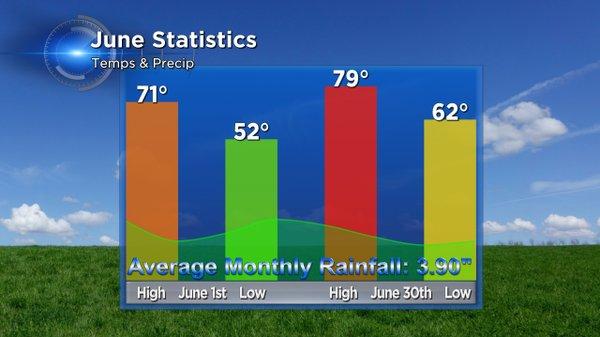 Feels like summer is here! Today is the first of June, our last month of the year that features climbing average temperatures. And we've been fortunate to enjoy the warm weather the past week and a half. In fact, the last eleven days of May were above normal. Take a look: 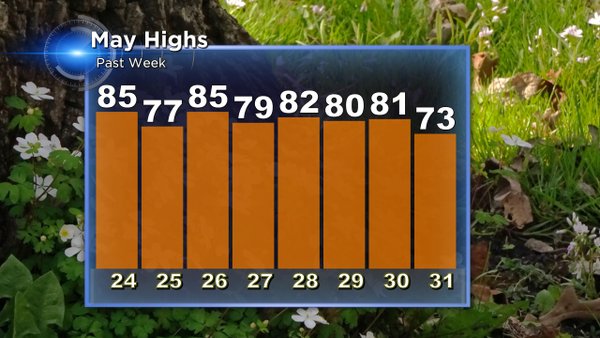 Overall, May was fairly uneventful and had a very sluggish start in terms of temperatures. Other than a few sparse days, the first fifteen days of May were cooler than normal with the climax of that period providing a trace of snow, on the 14th of the month. We had just four days recording thunder and most of that occurred during a warm spell this last week. This time frame also provided the state's first tornado of the year, and that happened right here in our viewing area, in the village of Brandon, Friday the 27th.  We fell short on rainfall too, ending with 2.37", about an inch below normal.

Now we move onto June. And things are starting off on a more active note. Although we didn't have severe weather, we started in a "Marginal" risk for severe storms as issued by the National Weather Service's "Storm Prediction Center" A line of storms that was once strong, weakened as it moved over the area this morning. The rain was pushed out by a cold front, but this boundary did little to cool our temperatures this afternoon. Most locations are well into the 70s for the first day of the month, and even more noticeable, the dew points, which are mainly in the lower half of the sixties.

Temperatures in the seventies are now the norm moving forward. By the end of the month, temps will be closer to eighty degrees. Check it out: 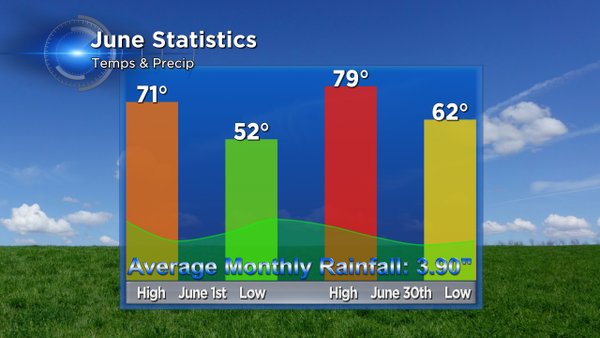 Other weather tidbits for June include it being our most active month for tornadoes. The state averages nine of the nearly two dozen tornadoes per year in June alone. This month is also the second wettest, behind August. While we average just shy of four inches of rain, you may recall eight years ago, when we recorded our wettest June on recorded, with a deluge amount of 12.27". June of 2008 is the wettest month ever recorded in any month as far as records go back!

Today's date holds the first triple-digit record high temp of the year. The high on this date back in 1934 soared to a sweltering 104°. Fortunately, we don't have any heat like that coming our way in the near future. Temperatures will be mostly lower and mid 70s, just a smidge above normal. We're also tracking a few storm chances, this weekend and again last next week. Be sure to download the CBS58 weather app now that severe weather season is here, so you can stay one step ahead of the storms as you enjoy the summer weather.