Matthew McDowell pleads not guilty to charges in ex-girlfriend's death 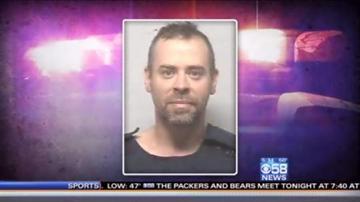 KENOSHA -- The Kenosha man who told police he killed his girlfriend during an argument then stuffed her body in a trunk entered a formal plea of not guilty Tuesday to charges of first degree intentional homicide and abuse of a corpse.

40-year-old Matthew McDowell has been charged in the death of his girlfriend, 30-year-old Erin Ziemendorf of West Allis.

Police say he admitted to the killing, saying it was an accident during an argument.

\"Erin was in his face and bumping his chest and at some point picked up a corkscrew, which at some point was dropped or at least no longer used,\" the detective said from the stand. \"Then Ms Ziemendorf grabbed on to his ribs, chest area and at some point they began to roll on the bed where Erin's fingers were in his eyes and the hands of his were on her face and neck and as they were their he felt her hands leave his face and he heard a crack.\"

A judge found enough evidence to send the case to trial.