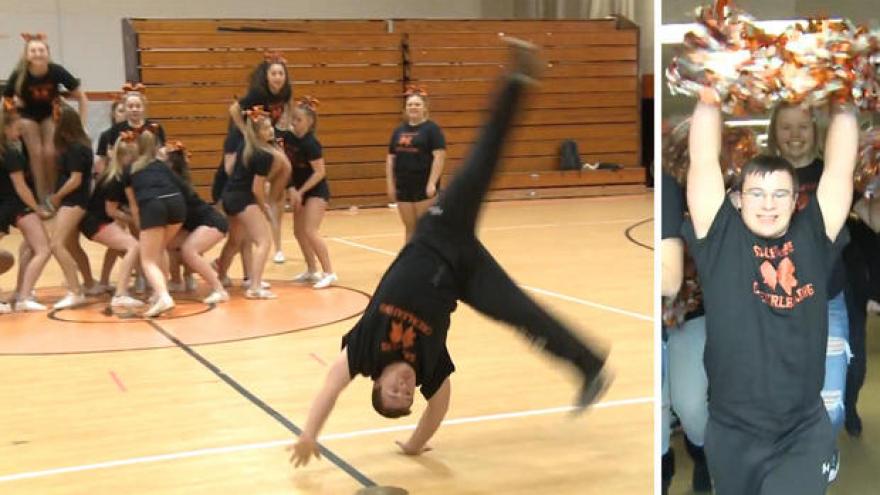 MIDDLEBORO, Mass. -- A cheerleader continues to inspire his peers at a high school in Massachusetts.

Evan Adelman has Down syndrome, but it's not holding him back. CBS Boston reports he and his Middleboro High School teammates performed over the weekend weekend at Gillette Stadium, which is the biggest stadium in the state.

This is his first year on the squad. Adelman says he likes doing cartwheels because "it's fun." And he doesn't just go through the motions — he crushes those cartwheels. In fact, they're Adelman's claim to fame.

But that's not the most important thing the 17-year-old does for the cheerleading squad.

"It's amazing to see how much he can do with the challenges he goes through," said teammate Tiffani Capeau.

"He comes in, he makes a joke or he does some weird, crazy tumbling that no one's seen before, but he can do it," added cheerleader Paige Crites.