Martin Shkreli pens letter from prison, claims to be on verge of medical "breakthrough" 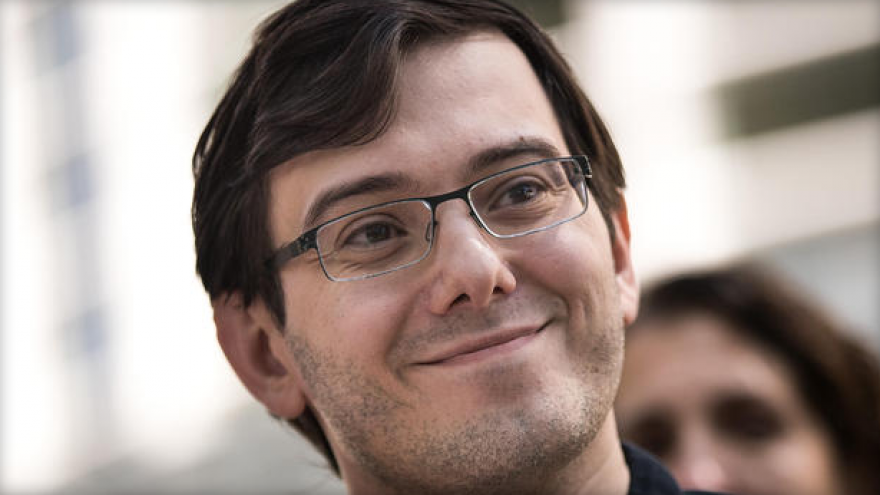 A judge ordered Shkreli to prison September 13 after revoking his bail because he offered his online following $5,000 for a strand of Hillary Clinton's hair during her book tour. Shkreli's sentencing is scheduled for Jan. 16.

The 34-year-old became infamous as CEO of drugmaker Turing Pharmaceuticals where he increased the price of the lifesaving drug Daraprim by 5,000 percent to $750 per tablet. Daraprim is used to treat a parasitic infection, and to help people with compromised immune systems like AIDS and cancer patients.

A jury found Shkreli guilty in August on two counts of securities fraud and one count of conspiracy to commit securities fraud in a trial that centered on the Shkreli's management of two hedge funds. He was found not guilty on five other counts.

"This was a difficult case primarily because of the anti-Shkreli sentiment, and to the extent that this jury acquitted Martin of five of eight counts, it is a real testament to trial by jury," Shkreli's attorney Benjamin Brafman said after the ruling.

Shkreli is currently an inmate at the Metropolitan Detention Center in Brooklyn, NY. The facility holds 1,873 total inmates.

In his handwritten letter to CBS News, Shkreli declined a request for an interview "on account of the media's poor standing in the eyes of the populace."

Shkreli wrote that he was occupying his time "nearing a breakthrough on selective kallikrein-related protease inhibitors, a discovery with much alter the course of several human diseases."

He dismissed corresponding further, writing it "would delay my efforts for, at best, selfish reasons, but more likely waste my time."

Shkreli signed the letter, adding "P.S. Donald Trump is your President, too."

It was written on the back of what appears to be Shkreli's typed analysis of the computer programming language Python. 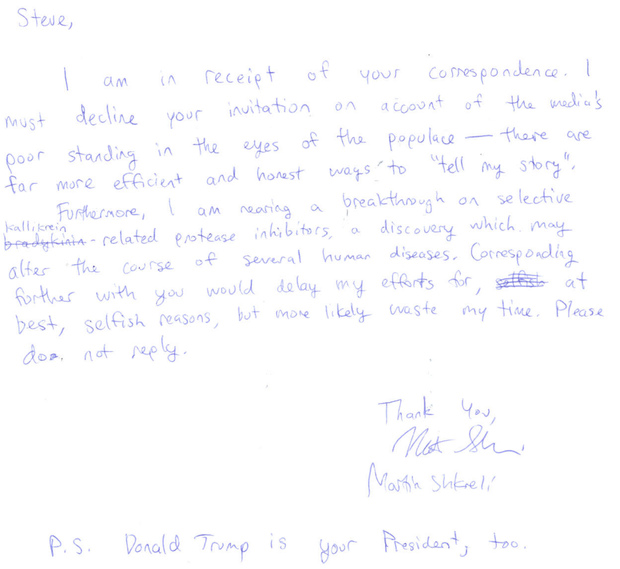