In a series of not-safe-for-work Instagram posts, Bennett said "They tried to **** over me. Dr. McKenzie trying to cover his own ass. After trying to persuade me to play thru a major injury and me choosing to get surgery."

Bennett was released on Wednesday for "failure to disclose a physical condition".

"The Packers examined my shoulder on my visit March 10th and cleared it," he said in a post. "They even gave me an xray as well. It got worse during the season, specifically against the Cowboys so I asked to have it checked out and we checked it. After a few days of contemplating to play with it or get surgery, I chose surgery. Now here we are..."

Bennett signed with his former team, the New England Patriots on Thursday, leaving many fans to believe Bennett simply wiggled his way out of Green Bay.

During the team's bye week, Bennett posted on social media that he was considering retirement.

"It makes you wonder, is he really going to retire? Or was this just a way for him to try and get himself out of Green Bay?" says Radio Host Steve "Sparky" Fifer. "If his shoulder did need surgery, like he says it does, then why are you in New England signing a deal, and why are you at practice today with a jersey on?"

Former Packers quickly came to the defense of Dr. McKenzie.

"He would never let a player play that's injured, never." says LeRoy Butler. "Most coaches are like, can you play? Can you play? But doc wants you to walk and talk when you're done playing football."

Bennett is listed as questionable for Sundays Patriots game. 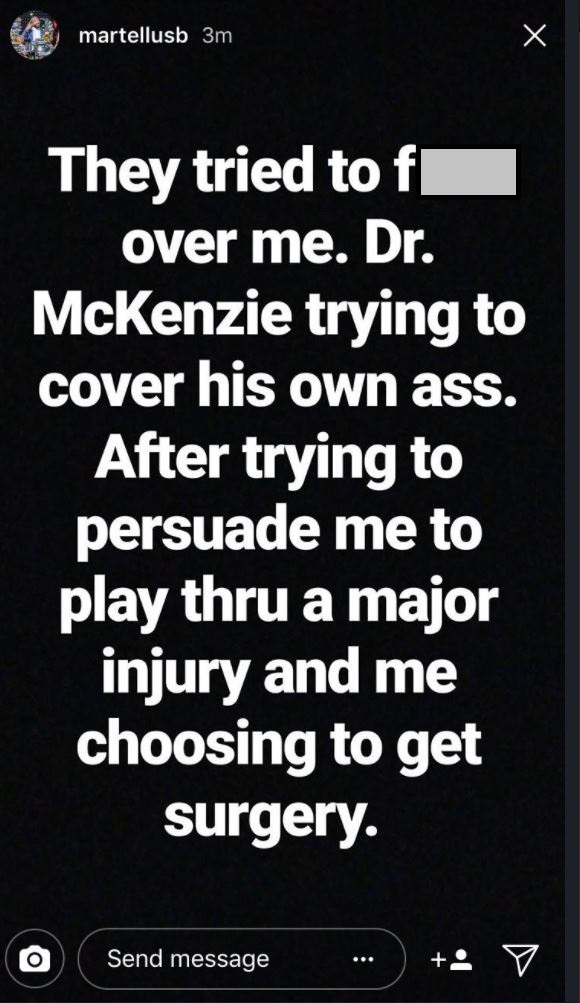